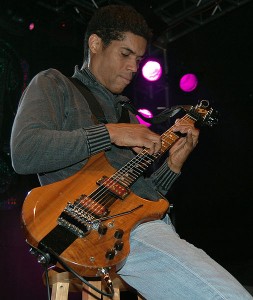 We are aware that you, Kenwood Dennard and Alex Blake, are slated to play at the Eilat Red Sea Jazz Festival in January, 2013, and wish to persuade you to reconsider and cancel. In 2005, Palestinian civil society called for boycott as a principled tactic to achieve justice and the rights denied to them by Israel. SInce then, prominent musicians such as Elvis Costello, Roger Waters, Cat Power, Cassandra Wilson and many others have responded in solidarity and with vocal support. The Portico Quartet has already cancelled their performance at Eilat. A letter sent to the director of the band said that “the decision to cancel the arrival of the ensemble Israel stems directly from the Israeli government’s decision to build 3,000 housing units in E1”.

The call to boycott is made to people of conscience across the globe because governments have refused or been unable to act to implement justice guaranteed to Palestinian people under international law. The Palestinian-led boycott, divestment and sanctions movement is similar to the effective means employed by anti-apartheid activists to end South African apartheid. Noted anti-apartheidists like Archbishop Desmond Tutu, Rev. Alan Boesak, Ronnie Kasrils and others have stated that the apartheid practised by Israel is far worse than that which they experienced in South Africa.

As you observe in your NLP studies, while music can be employed as a healing tool, 65 years of music have not healed Israel’s constant oppression of the Palestinians and denial of their basic human rights. Music has not helped to end the criminal occupation of Palestinian lands, to allow equal rights for all in Israel and to recognise the right of Palestinian refugees to return to their homes. Israel continues to steal Palestinian land and prevent the Palestinian people from attaining self-determination, while pretending to be for ‘peace’ under the pretext of interminable negotiations, ‘security’ and ‘the right to defend itself’.

In 2005, Nissim Ben-Sheetrit of Israel’s Foreign Ministry specifically denoted all culture as propaganda, a means to obscure Israel’s oppression, to anaesthetise its first class citizens from the results of their state’s actions, to dehumanise Palestinians and send a false message to the world that all is normal. Musicians who breach the boycott are used to promote these lies and are flaunted on Israel’s propaganda sites to bolster excuses for ongoing war crimes and crimes against humanity.

Please do not compromise yourself and your music by being appropriated and used in this way against a moral right. Music can move the spirit of the planet, yet it can also drown out the cries of oppressed people.

As the powerful entity in this grossly unequal situation, Israel intends to dominate the message, and sees all criticism of its crimes as delegitimising. Nevertheless, the truth about its oppression is beginning to ring out clearly. You can assist Palestinian people in gaining their rights by choosing to do no harm to their chosen tactic of resistance – please cancel, and stand in solidarity with the voiceless who rely upon those who can use their voice to support their just cause.

We are a group of 950 members, representing many nations around the globe, who believe that it is essential for musicians and other artists to heed the call of the PACBI, and join in the boycott of Israel. This is essential in order to work towards justice for the Palestinian people under occupation, and also in refugee camps and in the diaspora throughout the world.

4 Replies to “Stanley Jordan, Please Respect the Boycott of Israel”