The metal band Arch Enemy is scheduled to play apartheid Israel on 24th January, following their Khaos Over Europe Tour in conjunction with Amnesty International’s freedom of expression campaign.

The BDS (Boycott, Divestment, Sanctions) group Don’t Play Apartheid Israel (DPAI) created a Facebok page to support the Palestinian call for BDS and to try to persuade Arch Enemy to cancel the gig, in support of the oppressed Palestinian people.

The FB page was then attacked by some of Arch Enemy’s more unsavoury fans, those supporting apartheid Israel. They are very unlike the Arch Enemy fans that a DPAI representative spoke with on 6th December, who had completely different attitudes.

This is a sample of some of their posts, a flavour of the zionist fans of Arch Enemy. Some quotes: “you are missing the whole point, THERE IS NO PALASTINIAN PEOPLE, how can we occupy something that doesn’t exist? “ “fuck you asshole , go live in some non democratic muslim 3rd world country” 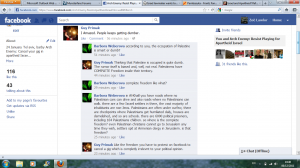 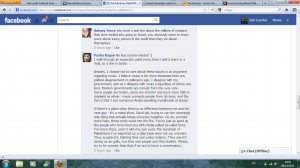 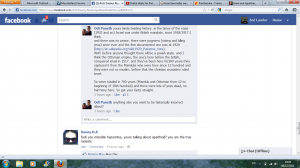 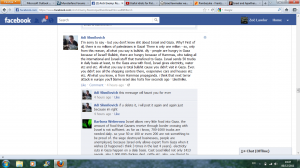 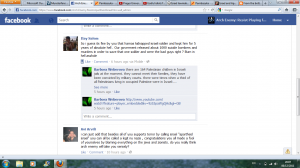 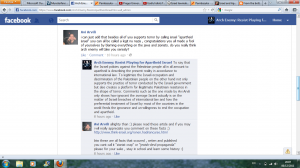 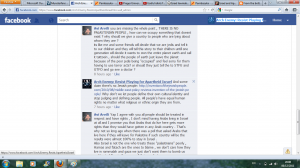 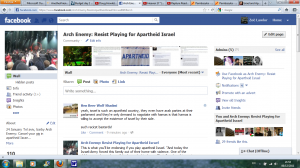 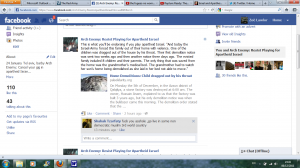 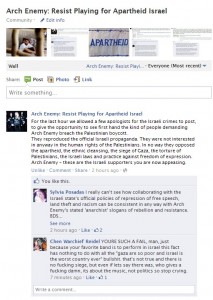 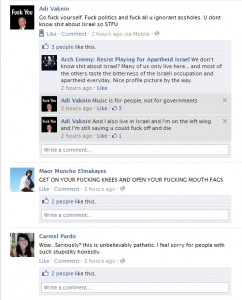