Oh noeeees, millions of peeps collectively frown,
what will they do while Facebook is down!
No cute cats or kids or political scrums
how empty the lives of deprived Facebook bums!
Was it those cunning lizards sent by Icke
To confound us all with reptilian tricks?
Or chemtrails seeping slyly into the server
To poison us with conspiratorial fervour,
Bah, ’twas just a blip, a crack in the stack
Sneer and cheer, tweeps, for Facebook is back!

Who can breathe?
the poseurs squeeze hard
blame others’egos
project personal ambition
their insecurities
dreams of conquest
multitasking
insights
dreary phds
publications
publishers
glorious leftist careers
push competition aside
top down squash and mash
the revolution as steamroller
party over people
principles for bullying
because some dead man said so
who’d vote for these freaks
who call one ‘liberal’
at whisper of dissent?
vicariously policing
what’s left of the left
they don’t see the wank in their own eyes
who can breathe beneath such fuckery
full communism?
full of themselves
not my communism
who in their left mind would want it?
who can breathe?

The Board of Deputies of British Jews is condoning genocide in Gaza. They don’t represent us.


Today, 4 August 2014, outside of the offices of the Board of Deputies of British Jews, on the 27th day of Israel’s military attack on the Gazan people, Jews in Britain Against Genocide staged a die-in to commemorate the hundreds of Palestinian children deliberately targeted and killed by Israel. We displayed toys, clothes and replicas of mutilated children and babies smeared red to symbolise the blood of Palestinian children murdered by Israeli forces.

We are Jews in Britain outraged at the Board of Deputies’ uncritical support for Israel as it commits genocide against the Palestinian people in Gaza.

The Board of Deputies claims to speak in our name when it lobbies in defence of Israeli violence. It organises with the Zionist Federation rallies in support of Israel’s slaughter. It demands that John Prescott be punished for comparing Gaza to a concentration camp (Daily Mirror, 26 July 2014). It attempts to intimidate local councils for flying the Palestinian flag as an expression of solidarity with Gaza, and has written to the prime minister thanking him for his support for Israel’s massacre in Gaza. It cynically uses the Nazi genocide of Jews to silence critics of the Israeli genocide of Palestinians.

We Jews know, from our history, about persecution, concentration camps, starvation and murder. Israel has turned the Gaza Strip into a concentration camp by imposing a seven-year military siege, by restricting access to food, water, fuel and medical supplies, by imprisoning 1.8 million people and squeezing them even further by imposing no-go areas within the Gaza Strip.

In the current assault on Gaza, entire families are killed and neighbourhoods obliterated. UNICEF has condemned Israel for deliberately targeting women and children. Nearly 400 children have been murdered in less than four weeks, and more than 2000 have been injured and maimed. Gaza’s dead children are dead simply because they are Palestinians – this is genocide.

At least a quarter of a million Gazans are homeless because of Israeli bombing. There is nowhere safe to escape to — Israel has bombed UN-protected schools, hospitals and other UN buildings, killing civilians seeking refuge. Ten thousand people have been killed or injured. The bombardment of Gaza from the sea, land and air increasingly turns Gaza from a concentration camp into a death camp.

We support the Palestinian call for boycott, divestment and sanctions (BDS) and in particular we demand that the British government end its complicity in genocide by first of all ending its arms trade with Israel.

The Board of Deputies claims it wants Israel to be treated fairly and impartially within British society, but in fact it demands exceptionalism. It wants Israel to be exempted from any sanctions in spite of its apartheid and now its genocidal campaign against Gaza.

We accuse the Board of Deputies of condoning the atrocities the State of Israel commits in Gaza by attempting to silence Israel’s critics. This massive blood stain will not go away.

We accuse the Board of Deputies of joining with the anti-Semites in equating Zionism with Judaism and telling the world that all British Jews support Israel. That is a lie.

Jews in Britain Against Genocide

Genocide is defined by the United Nations Convention on the Prevention and Punishment of the Crime of Genocide as any act committed with the intention of destroying in whole or in part a national, ethnic, racial or religious group. http://www.un.org/pubs/cyberschoolbus/treaties/genocide.asp

Concentration camp is defined by the Oxford English Dictionary as ‘a place in which large numbers of people, especially political prisoners or members of persecuted minorities, are deliberately imprisoned in a relatively small area with inadequate facilities, sometimes to provide forced labour or to await mass execution’

This low, high land
this holy harlot…
we do not pay much attention to the magic of these words
a cavity may become a vacuum in space
a contour in geography’

from State of Siege

‘I am dreaming of white lilies
of a song-filled street
a house that’s well-lit.
I want a good heart
not the weight of a gun’s magazine.
I want a day & its sunlight
& no fascist victory exultation in it.
I want a smiling child in this day
not an issue of the war-machine.
I came here because I thought a sun
was approaching its zenith not setting.
I refuse to die
turning my gun my love
on women & children
to guard the orchards & wells
of oil tycoons & tycoons of weapons factories.’

from “A Soldier Dreams of White Lilies”

I Have Behind the Sky a Sky

I have behind the sky a sky for my return, but I

am still polishing the metal of this place, and living

an hour that foresees the unknown. I know time

will not be my ally twice, and I know I will exit

my banner as a bird that does not alight on trees in the garden.

I will exit all of my skin, and my language.

And some talk about love will descend in

Lorca poems that will live in my bedroom

and see what I have seen of the bedouin moon. I will exit

the almond trees as cotton on the brine of the sea. The stranger passed

right here, for the stranger to pass over there. I will soon exit

the wrinkles of my time as a stranger to Syria and the Andalus.

This earth is not my sky, yet this sky is my evening

am also mine. I am the Adam of two Edens, I lost them twice.

So expel me slowly,

and kill me quickly,

beneath my olive tree,

Mahmoud Darwish, “Unbeliever in the Impossible”

Selected Works: On the 5th Anniversary of Mahmoud Darwish’s Death 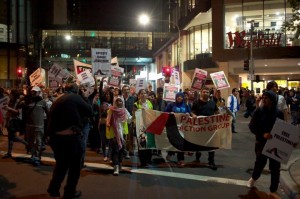