There’s an offside article at ABC Unleashed today by Dileep Premachandran which disingenuously insinuates that it was Pakistani extremist elements who were responsible for the attack on the Sri Lankan cricket team.

Here’s an expanded version of my comment at ABC Unleashed.

“Try telling that to those indoctrinated into a more poisonous faith, those infected with the virus of extremism.”

That’d be RAW, the Indian Intelligence Force, who appear to have been the perpetrators of the attack on the Sri Lankan cricketers. Payback for the Sri Lankan government’s pursuit of the LTTE and/or the Mumbai terrorism?

From the UK Telegraph:

“A leaked report from Punjab’s Crime Investigation Department (CID), passed to Pakistani papers reveals that authorities were warned almost six weeks ago, of a plot and urged the all security agencies in the state and federal governments to take special precautions to protect the visitors.

The report identifies the Indian intelligence service, the Research and Analysis Wing (RAW), as the force behind the plot – an accusation regularly traded between India and Pakistan – but specifically identified the drive between their hotel and the stadium as the scene of the attack.

Pakistani newspapers quoted the report, dated January 22nd 2009, warning:”It has reliably been learnt that RAW (Indian intelligence agency) has assigned its agents the task to target Sri Lankan cricket team during its current visit to Lahore, especially while travelling between the hotel and stadium or at hotel during their stay.

“It is evident that RAW intends to show Pakistan a security risk state for sports events, particularly when the European and the Indian teams have already postponed their proposed visits considering it a high security risk to visit Pakistan .Extreme vigilance and heightened security arrangements indicated.” A further letter from Punjab’s then chief minister Shahbaz Sharif’s office to Lahore’s Inspector-General of Police and security ministers, requested extra security protection for the tourists. “The chief minister has seen the enclosed source report and has desired that every effort may be made for the security of the Sri Lankan cricket team during its current visit to Lahore. He has further desired that extreme vigilance and heightened security arrangement may be made to avert any untoward incident,” his officials wrote.

“Bags of ammunition was left in front of Al-Fatah store in neighborhood of Gulberg. Weapons left behind included 84mm Carl Gustav recoiless rifles, controversially a standard issue weapon to the Indian Army, a weapon not typically found with the Taliban.

Carl Gustavs are of Swedish origin and exported to the Indian army and never exported to the Mujahideen. RPG-22 rocket propelled anti-tank grenades, another standard issue for the Indian special forces (and another weapon less typical for the Taliban who more typically prefer RPG-7s) was also used. A senior defense correspondent, while remaining anonymous, states that the choice of weapons as well as other evidence, clearly indicates India’s hand in the present attack and is being seen as a “response” to the Mumbai attacks.

Terrorist attacks perpetrated by RAW have many previous precedents but given the present sensitivities and the Indian reaction to the Mumbai attacks, they could prove to be a catalyst for heightened tensions between the two beleaguered neighbors.”

Further, a coverup is afoot in the Punjab.

The Punjab governor on Thursday claimed that the CID report on RAW’s plan to attack the Sri Lankan cricket team was not provided to him or to his key official by the outgoing chief minister and his chief secretary. However, the facts show that following the imposition of governor’s rule, Taseer removed six key officials, who were in possession of the CID report, including the then-chief secretary Javed Mehmud, the then-IGP Shaukat Javed, the then-CCOP Pervez Rathore, the then-secretary to the chief minister Dr Tauqir, the then-secretary (coordination) to the chief minister Dr Ajmal and SSP (operations) Lahore Chaudhry Shafiq.

These officers were replaced by Taseer’s trusted men, including Khalid Farooq, appointed as Punjab IGP; Najibullah Malik, who was made chief secretary; Haji Habibur Rehman came as CCOP Lahore; Ahmad Nawaz Sukhaira, the principal secretary to the governor is now the secretary to the provincial chief executive; Tariq Najib Najmi is the new secretary coordination while Amjad Saleemi has been brought in as DIG (operations) Lahore. From amongst the top concerned officers only home secretary Nadeem Asif remained unchanged.

The overwhelming body of evidences is available that the Lahore carnage is being supported by the RAW agency and there are equally several veiled accusations that India’s involvement cannot ruled out because India was unhappy with Sri Lanka’s cricket tour to Pakistan.

In this regard, Indian establishment always disliked growing Pakistan and Sri Lanka’s diplomatic and strategic relationship and feeling threat for their hegemonic designs. India’s security establishment does not like Pak-Sri Lanka defence cooperation and they also have reservation about Sri Lanka’s tilt towards Pakistan. It is interesting to note that India has already refused to meet Colombo’s needs with regard to lethal weapons and at the same time, they want to disturb cordial relations between Pakistan and Sri Lanka with regard to the charting strategy against the country’s territorial integrity. In reality, diplomatic and strategic relations between Sri Lanka and Pakistan are not a new phenomenon because both countries have long-time understanding and close association. However, presently Islamabad is one of the Colombo’s largest suppliers of military equipment and it has no problem to supply lethal weapons to Sri Lanka for its counter-insurgency operations.

So, India wants to prevent Pakistan from gaining more ground in the region and for this purpose, in the recent past RAW arranged blast through LTTE on August 14, 2007 and targeted Bashir Wali Mohammed, Pakistan’s outgoing High Commissioner to Sri Lanka because of the defence cooperation between Sri Lanka and Pakistan. In this context, RAW has a long history of subversive activities in South Asian countries, including Pakistan and Sri Lanka. They are sponsoring sabotage and separatists movements to Balkanize the countries and for this purpose they are creating instability, political anarchy, and terrorism and always exploiting racial, cultural, sectarian, religious differences for further deteriorating the conditions to other countries.

Copies of the original CID documents are available at Teeth Maestro. The document’s main points are:

1. It has reliably been learnt that “RAW” (Indian Intelligence Agency) has assigned its agents the task to target Sri Lankan Cricket Team during its current visit to Lahore, especially while traveling between the hotel and stadium or at the hotel during their stay
2. It is evident that RAW intends to show Pakistan as a security risk state for sports events particularly when European and India teams have already postponed their proposed visits considering it a high security risk to visit Pakistan.
3. RAW has also collected photographs of leaders of Jamaat-ud-Daawa (Proscribed) and its establishment to target them
4. Extreme vigilance and heightened security arrangements indicated

The ABC owes the honourable sport of cricket a more complete coverage of the Lahore attack.

Any publicity is good publicity, so maybe the faithful will rally to the cause and fill the gap after fallout from the St. Vincent de Paul court loss to ex-volunteer Linda Walsh spreads. Moreover, perhaps they will look askance at a hypocrital organisation which invested a truckload of money and a barrage of lawyers with a shocking, medieval defence against one of its volunteers.

Those of us who thought the shop up the road was all about helping the poor stand corrected. “The primary function of the society,” said St Vincent de Paul’s lawyers, “is to inculcate the Catholic faith in its members.”

From the St Vinnie’s web site:

“Speak up for those who cannot speak for themselves, protect the rights of those who are helpless.

Speak out and pronounce a sentence of justice, defend the cause of the wretched and the poor.”
(Proverbs 31:8-9)

There’s few things as repulsive as powerful religious organisations with their hand in the public till who sanctimoniously harass and belittle charitable people for not adherring to their irrational belief systems.

The case also highlights the importance of maintaining freedom from religion as well as freedom of religion in any Bill of Rights heading our way. God save us from those who want to save us!

Somebody think of the children takes the cake with a list of the 20 worst censorship outrages in Australia in 2008.

Scott Bridges at New Matilda looks at Oz Political Wingnuts and Tragics for 2008.

On Freedom to Differ, Peter Black sports two lists – Best of TV and Best of the Web and he’s in line for a well-deserved 2008 Weblog Award – good luck! In mock pique, Stilgherrian, whom we’ve nominated for a Shorty Award for #irony, has objected to his elevation on Freedom to Differ. 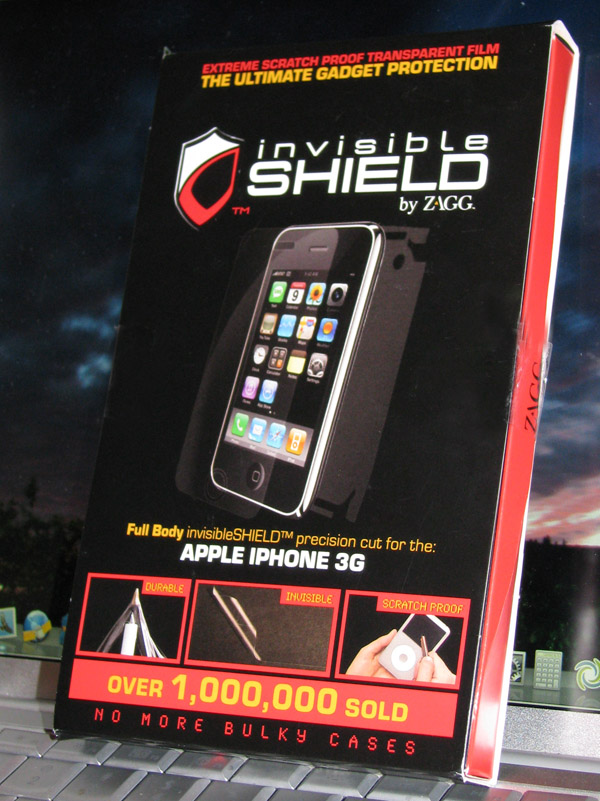 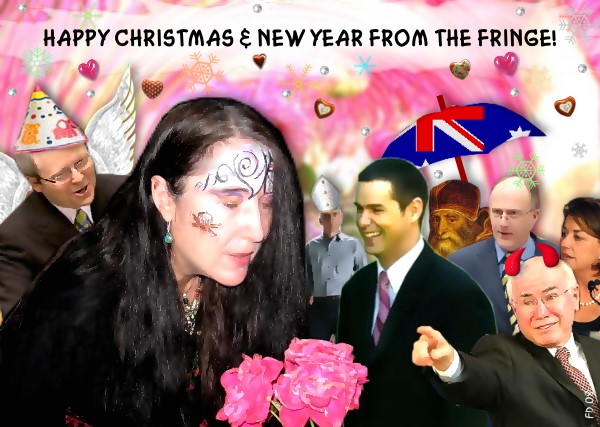