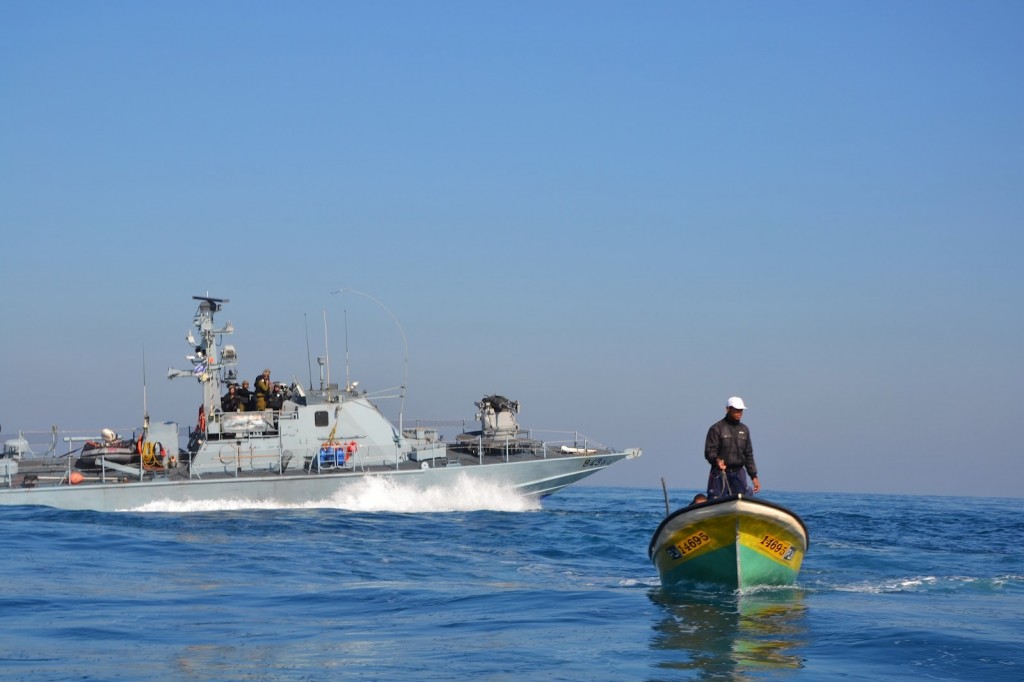 For you I sing of exiled torment
and people of Gaza in 1948 expelled
from Ashdod which was Asdoud then,
where you are to play for expeller
who warps music to tighten ruthless grip
against return from prison to home shore

Cast the net with us, with them, for BDS
prepare feast of freedom, rights and justice
when fishermen may trawl the coast
free as seagulls to seek sustenance

‘As part of the ceasefire agreement of November, 2012, Israel agreed to allow the Palestinians to fish within six nautical miles, but unilaterally decreased the allotted area to three miles.

Last May, Israel decided to allow the fishermen to fish within six nautical miles, but the Israeli navy continued to attack them, even within the three nautical miles.‘
http://www.imemc.org/article/67725

‘“To go over six miles is death,” says Abu Nayim. Ideally he would be out at around 11 miles, in early November, with the last flush of the sardine season on. But Israel has not permitted any Gazan boat beyond six miles since 2006. Once, when he may have drifted over, an Israeli gunboat tossed a live grenade on to the nets. In the past month the fishing boats of Gaza have come under fire 10 times.‘
http://www.theguardian.com/theobserver/2013/dec/08/fishing-under-fire-in-gaza

‘There are some 4,000 fishermen in Gaza. According to a 2011 report by the International Committee of the Red Cross, 90 percent are poor, a 40 percent increase from 2008 resulting
from Israeli limits on the fishing industry.‘
http://fishingunderfire.blogspot.com.au/

‘The fisherman said that since 2010, Israel has not returned any of the small fishing boats it has confiscated.

Jihad has two young children and has been a fisherman since he was ten. His family is a family of fishermen. Thirty-one people from Jihad and Shabaan’s families depended on the confiscated fishing boat. It was their only source of livelihood. Jihad’s family owns another small boat, without a motor and slightly damaged.

“Neither of them worked,” Shabaan’s father said. “There is no hope for them.”‘
http://palsolidarity.org/2014/03/soldiers-opened-fire-at-our-boat-and-engine-we-were-about-to-sink/

One Reply to “Fado of the Gazan Fishermen”