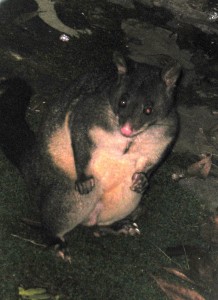 Why do most Australians only stir in masses about endemic racism in Australian government policy when it comes to a head, as if victimisation of refugees arriving in boats is an anomaly instead of an institution? That Australian politicians can trigger the settler population so easily to reject refugees reveals suppressed self-hatred and alienation from the land. For settlers, the native ecosystem must be transformed, exploited, and converted to resemble the predating mother country, with monocultures of exotic introduced species termed ‘productive agriculture’ and Indigenous fauna and flora reframed as ‘pests’. Invading settlers in this sense are vectors for colonising plants and animals – for white colonists, refugees who bear competing species from regions regarded as ‘non-white’ are suspected, quarantined and feared. Thus, racist Australian colonials endeavour to delay refugees offshore, and now to expose them permanently to dangerous conditions in Papua New Guinea to colonise the jungle instead of diluting white supremacist Australia and jeopardising election results.

With an uprising of indignant, decent protest throughout Australia, is there hope?

Will the Human Rights Commission take action against this appalling advertisement, posted on the Rural Australians for Refugees site? The Australian government is apparently utilising social media to spread its divisive, opportunistic hate for asylum seekers.

How smooth is the regression to the sadism of Australia’s convict past, with disgraceful treatment of refugees on Manus Island exposed on SBS Dateline by a whistleblower:

‘Mr St George alleged six men were sexually abused in the men-only tent section of the camp. Because there are no separate secure areas, he said, the victims were left in the same facilities as their attackers. “‘

Concurrently the racism behind the Northern Territory intervention, and embarrassing settler colonial collaborative sycophancy toward Israel and the US at the expense of Palestinians continues largely unchallenged. Each outrage which the fatal shore fetishises serves as a smokescreen for other repulsive human rights abuses. With inalienable individual rights sacrificed to white supremacist economic irrationalism, humans are treated by the political and financial elite as units of economic production. People are divided and exploited by racism and bigotry, made angry, powerless, weary and apathetic, distracted from questioning the rule of cruel, predatory elites who increasingly and disproportionately benefit from their global nightmare of neoliberal, patriarchal capitalist parasitism termed duplicitously as ‘progress’ and ‘civilisation’.

With the race to the bottom cheer-led by pernicious, opportunistic politicians, this gruesome explosion of racism by existing settler colonials, ex-refugees and their descendants in Australia at the moment makes one even more determined to stay on the property and pretend they don’t exist. One is tempted to identify merely as a visitor from another planet sent here to observe the ignominious downfall of the human species as its self-appointed greedy elite trample on humans considered undeserving, whilst contaminating the environment on which we all depend. . 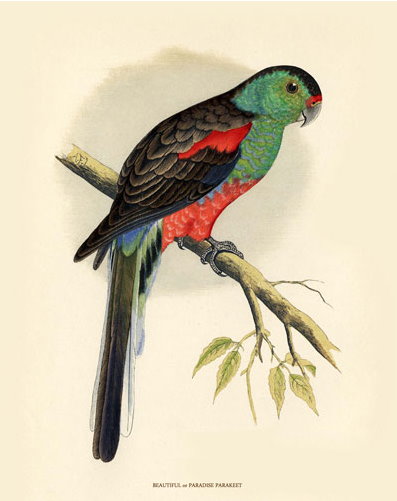 @KRuddMP
grew up empty
on a farm not far from Namboring,
lack of diversity a wedge for perversity
his rhetoric leaves us all snoring.

The Paradise Parrot vs Genesis 1:28

Here’s a list of rallies for refugee rights happening nationally this weekend:

Four reasons why dumping Australia’s responsibilities onto PNG is unacceptable and the NSW Rabbinical Council’s disgusting edict is hypocritical and racist. The Rabbinical Council of Victoria however takes a more ethical view.

Get busy acquiring your own economic productivity accessory and replacement unit. Here in Arsestralia, the government bribes people to breed unilaterally with hefty baby bonuses, to ensure increase in the number of locals, as opposed to taking in those scruffy undeserving refugees.

Protesting the empire’s troops in Australia

As in other countries, the work of reconciliation in Sri Lanka

will undoubtedly require a long, painstaking and painful process of mutual reflection and community-based dialogues. However, it cannot be avoided if we want seriously to address the asylum seeker problem.

Australia can play an important role, here and elsewhere, in assisting with community capacity building and supporting the re-emergence of an independent civil society sector. Often, as in this case, the presence of a committed and highly skilled diaspora community is a key resource on which we can draw.

While the process is time-consuming and labour-intensive it is relatively inexpensive: estimates suggest that an effective reconciliation process in Sri Lanka – which Australia could support – would cost less than 1 per cent of that spent on our border protection activities.

It’s unlikely these ‘threats’ against Eric Burdon came from BDS folks. Whilst deploring anyone who threatens performers, one has to be cynical about unsourced ‘threats’, Israeli media and hearsay.

La Ashton is deeply into labelling settlement goods. Not enough, Catherine, but a start.[FB]

‘In its embrace of self-criticism, the conference will focus on the ways Palestinian leadership and elites have become embedded in the logic of settler colonialism, embraced neoliberal capitalism, and reproduced social and political accommodation of the Oslo process. However, it also aims to widen our lens, and examine the growing socialisation and reproduction of Oslo logics in Palestinian political and social life, and the ways in which Palestinian resistance against Oslo and Israel, and international solidarity with that resistance, has reproduced the very conditions it seeks to overturn. In particular, we hope to highlight the context and consequences of the re-orientation of the liberation struggle into a legal and rights-based approach; the political, geographical, and social separation of the Palestinian body politic in movement discourse and strategy; the proliferation of an unaccountable “political solution/vision market” and unchecked practices of solidarity; and growing alienation and distancing of Palestinians from others engaged in similar struggles against settler-colonialism.

With this conference, SOAS Palestine Society hopes to build on its long-standing commitment to critically rigorous movement thought and analysis in an emancipatory and committed space.”