In the ABC religion and ethics section, Slavoj Zizek speaks about the fictitious two state solution, annunciating that which many of us already know: ‘If there is a lesson to be learned from the protracted negotiations, it is that the greatest obstacle to peace is what is offered as the realistic solution – the creation of two separate states.’

Zizek goes on to say:

Although neither side wants it (Israel would probably prefer the areas of the West Bank that it is ready to cede to become a part of Jordan, while the Palestinians consider the land that has fallen to Israel since 1967 to be theirs), the establishment of two states is somehow accepted as the only feasible solution, a position backed up by the embarrassing leak of Palestinian negotiation documents in January.

What both sides exclude as an impossible dream is the simplest and most obvious solution: a bi-national secular state, comprising all of Israel plus the occupied territories and Gaza. Many will dismiss this as a utopian dream, disqualified by the history of hatred and violence.

Zizek seems oblivious to Nutanyahoo’s plans to assimilate parts of the West Bank adjacent to Jordan in the fertile Jordan Valley for Israeli military purposes.

He might be cheered though by the latest statistics from an AWRAD Poll in August, 2010 surveying Palestinians across the Occupied Territories, where it was found ‘as much as 53 percent are willing to support, accept or consider the idea of one-joint state in which Israelis and Palestinians are equal citizens between the Jordanian River and the sea. In contrast, 47 percent find this unacceptable.’ It is the collaborator PA which clings to the false western colonialist plan for two states.

Zizek is on the mark with his conclusions:

But far from being a utopia, the bi-national state is already a reality: Israel and the West Bank are one state. The entire territory is under the de facto control of one sovereign power – Israel – and divided by internal borders. So let’s abolish the apartheid that exists and transform this land into a secular, democratic state.

Boycotting, divestments & sanctions #BDS against Israel are not an ends in themselves, they are a means to legitimate Palestinian goals

End occupation, end all forms of discrimination against Palestinians, and end the racist exclusion of Palestinian refugees V @avinunu LIVE

When considering criticism of BDS academic boycott, Ali Abunimah draws attention to the awful destruction of schools by Israel in #Gaza

Israel went back again just 2 days ago and bombed Gaza University – so why are people critical of BDS silent on Israeli ‘academic boycott’?

‘It is the duty of civil society to respond to the Palestinian BDS appeal and act, especially when govts are complicit’ @avinunu LIVE

The peace process has been an alibi, an excuse, for inaction, something for the gutless to hold onto’ @avinunu LIVE

Govts all worked to forestall, to prevent justice coming from the Goldstone Report, with the excuse being the ‘peace process’ @avinunu LIVE

“The ‘peace process’ is an utter hoax, has reached a dead end, what’s exposed more & more are realities of colonialism, apartheid & racism ”

Israel is 1 of the 4 most negatively viewed countries in the world, there’ve been significant increases in views from Americans @avinunu LIVE

Israel says this is cos of anti-semitism, but even Israeli diplomats quitting – ‘can no longer support Israeli foreign policy’ @avinunu LIVE

Great historic change can happen and it can happen suddenly, people are still powerful, that when people decide they have had enough, nothing can stop them’ @avinunu LIVE

The IDF recognises that in the event of a popular uprising it will not be able to rely on the PA police state to repress it, and is searching for more collaborators – and that is a dead end – israel really has nowhere left to go @avinunu LIVE

Winning means bringing an end to apartheid, an end to colonial rule, giving everyone in Palestine/Israel a decent life, restitution and justice, refugees’ rights @avinunu LIVE

Jewish National Fund is primary means for land theft by zionists – JNF is one of the key institutions enforcing apartheid by denying Palestinians access to their land, locking it up for jews only @avinunu LIVE 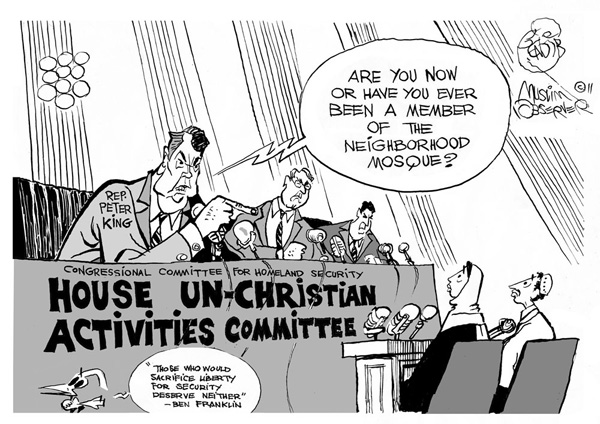 Israel PM vows to keep troops on Jordan border
Israel postpones deportation of foreign workers’ children
The Palestine national football team has played its first ever competitive match at home in the West Bank. : It won the second leg of an Olympic qualifying game against Thailand but lost the tie in a penalty shootout.
#BDS: Jordan bans products made in Israeli settlements and in return exempts 2500 Israeli products from taxes
Palestinian leadership not seeking EU to replace U.S. in sponsoring talks
Zionist envy for the hearty intellectual and spiritual meal provided by Palestine solidarity poets.
How zioterrorist false flag ops helped build the apartheid Israeli state.
#BDS: Egyptian Youth Confront Amr Moussa: Israel is NOT a Country!
Palestinian family ordered to share East Jerusalem home with Israelis
How to face “incitement” allegation in Israel
Even after Palestinian independence, Netanyahu wants to maintain the occupation
Campaigners threaten to picket Israeli Music conference
Prevention Of Assimilation in the Holy Land
Eini to US Jewish leaders: Don’t underestimate BDS movement
Hamas dismayed at Hague statement on elections
Palestinians eke out living on dump recycling
Dirar Abu Seesi: Breaking the Israeli Gag
The European Union’s Blind Eye : How the EU ignores Israel’s failure to fulfil its obligations under EU agreements (updated and revised March 2011)
Dirar Abu Sisi, Palestinian In Ukraine, Allegedly Abducted By Israel
Asia to Gaza march will continue until Palestine is free: Mithiborwala
Danish minister fired in row on citizenship for Palestinians

WikiLeaks: Cable identified 23 in Australia with Qaeda links – American diplomats last year proposed that 23 people in Australia be subjected to U.S. air travel curbs due to suspected contacts with Islamic militants in Yemen

Hillary Clinton Calls Al Jazeera ‘Real News,’ Criticizes U.S. Media (VIDEO) – something the US can’t buy
Don’t Turn Off The Internet We Have A Revolution
Facebook tackled in ‘war against stupidity’ over real name policy
As King Targets Muslims, There Have Been Almost Twice As Many Plots Since 9/11 From Non-Muslim Terrorists

In fact, right-wing extremist and white supremacist attacks plots alone outnumber plots by Muslims, with both groups being involved in 63 terror plots, 18 more plots than Muslim Americans have been involved in.