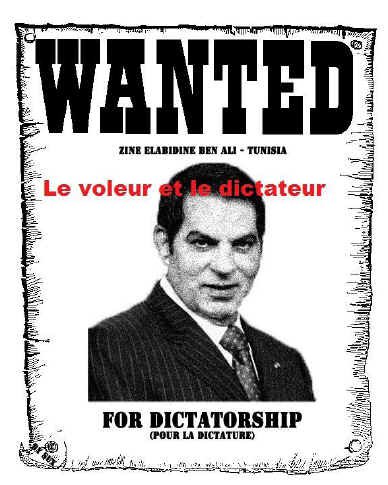 The blogonewspunditwitosphere is swarming with theoreticians, some suggesting Wikileaks played an integral role, others admiring social media, still others more measured and analytic, and others highlighting the dangers of social media for protestors.

Being well-enmeshed in the social media arena, I have perceived continuous international solidarity for the Tunisian revolution, with people’s liberation movements against injustice across the Middle East and elsewhere that tyranny blooms darkly. Yet while information, communication and cyberactivism essentially grease the wheels of change, it is suffering people under the boot who put their lives at risk on the front line, doing the really heavy lifting and organisation.

Few commentators outside the African/Middle East region have examined the impact of “Mohamed Bouazizi, the young Tunisian who set himself on fire in protest against unemployment and poverty” who “has become a symbol of Tunisian sacrifices for freedom”, or extolled the involvement of Tunisian trade unions, grassroots solidarity movements and opposition parties. As Qunfuz notes:

The dictator, thief and Western client Zein al-Abdine Ben Ali, beloved until a few hours ago in Paris and Washington, has been driven from Tunisia. His reign was ended not by a military or palace coup but by an extraordinarily broad-based popular movement which has brought together trades unions and professional associations, students and schoolchildren, the unemployed and farmers, leftists, liberals and intelligent Islamists, men and women. One of the people’s most prominent slogans will resonate throughout the Arab world and beyond: la khowf ba’ad al-yowm, or No Fear From Now On.

No one has a hand in the success of this revolution except the people of Tunisia , no Islamists nor communists , it was a pure people’s action. Those who only woke up on the revolution last Friday have these lame excuses and explanations because they did not follow the matter since the 17th of December 2010. I am proud to say that I have followed it since the beginning ,this is a real people’s revolution. The people of the world do not understand what is happening because it happened too fast. The Tunisian people are highly educated , they have the highest level of literacy in the Arab world and Africa combined together , they know their rights very well and they have suffered a lot. They know what they know and did.

With a tangible, similar grassroots movement for liberation within Egypt and elsewhere, Mubarak and his fellow puppet dictators must be very nervous indeed. How will the neocolonial empire regard the potential tumbling of its house of cards? what of the actions of the Israeli coloniser if Egypt follows the Tunisian trajectory? would Israel then shift its convenient ‘existential threat’ tactic to focus on Egypt rather than Iran?

Remembering Muriawec’s Grand Strategy “Iraq is the tactical pivot, Saudi Arabia the strategic pivot, Egypt the prize” theorem which ignited some in the Pentagon and inspired neozioconservatives, what are these dark forces ruminating? will the empire choose to relinquish power and opt for sleazy neoliberal ‘polite rape’ or are we heading toward a stark regional standoff where it is increasingly exposed and isolated as the major hand supporting tyranny?

The imperial entity and its cronies supported the Tunisian dictatorship, as it was considered to be a reliable partner in the duplicitous ‘war on terrorism’.

During a 2004 visit by Ben Ali to the White House, in advance of Tunisia’s hosting of an Arab League summit, George Bush, the then US president, praised his guest as an ally in the war on terrorism, and praised Tunisia’s reforms in “press freedom” and the holding of “free and competitive elections”.

The same was repeated in 2008 by Nicolas Sarkozy, the French president, who praised the improved “sphere of liberties” when human rights abuses were rampant in Tunisia. In once instance, at least 200 people were prosecuted against the backdrop of socio-economic protests in one southern mining town, Redhayef.

For US and European leaders, Tunisia’s deposed president had been considered a staunch ally in the war on terrorism and against Islamist extremism.

In solidarity, we can keep reminding each other through many convenient means that the main game is for money, impunity, power positioning and control of resources against equal human rights, liberty and justice. Unless power is wrested from the ruling class, unless all are equally subject to the rule of law, the cards have merely been shuffled.

Arab Activism: Brought to you by a White Man
2011-01-15 What the US state cables on Tunisia said
The Press Release The ADC Did Not Release On The Revolution In TUNISIA
Tunisian poet Echebbi’s words hold warning for tyrants of Arab world
Timeline: Tunisia’s civil unrest
Tunisians cautious on concessions
Talk Morocco on the Tunisian Uprising
Social media and the Tunisian revolution
What if Tunisia’s revolution ended up like Iran’s?
Could Tunisia Be The Next Twitter Revolution? Ctd
Wikileaks disclosures play key role in Ben Ali’s outing
For the Arab World, a Potent Lesson
“Centrism” and the Rule of Law
Was What Happened in Tunisia a Twitter Revolution?
The First Middle Eastern Revolution since 1979
#Tunisia a small country, without natural resources, but… #sidibouzid
This Is The Wikileak That Sparked The Tunisian Crisis
Tunisia: the Uprising Has a Hashtag
Tunisian president toppled
Tunisia’s bitter cyberwar
‘First Wikileaks Revolution’: Tunisia riots blamed on cables which revealed country’s corruption
The rebirth of Arab activism
Tunisia’s Jasmine Revolution: Unprecedented, but uncertain
Tunisia Uprising 2010/11
Ousted president in Saudi Arabia
Profile: Zine El Abidine Ben Ali – Tunisian president flees amid a wave of deadly social protests in a dramatic end to his 23 years in power.
photo of police in uniforms pillaging & looting shops #sidibouzid
Tonight we are all Tunisians
The First WikiLeaks Revolution?
Pro-U.S. President Flees Tunisia: That WikiLeaks Angle
Joy as Tunisian President Flees Offers Lesson to Arab Leaders
Not Twitter, Not WikiLeaks: A Human Revolution
Tunisia: Can We Please Stop Talking About ‘Twitter Revolutions’

One Reply to “In Solidarity, People Have the Power; Communication & Information are Tools”