Would have to be the Labor Party in Queensland. The low number of voters – just 70% – presenting at the compulsory Regional Council polls attested to the lack of enthusiasm Queenslanders had for the forced amalgamations. It would be interesting to know how many voters only voted out of fear of losing representation. Along with the distinctive results from last year’s plebiscite, the abysmal turnout supports the view that amalgamation was not endorsed by the people, and neither did the people give the government a mandate to betray their will with forced amalgamations.

Captain Bligh boasted about the hard decisions made to produce “larger, better equipped councils in place across all our major regions”. Better equipped to charge us higher rates and to carry out unilateral armslength State decrees in defiance of resounding public dissent is our cynical reaction. 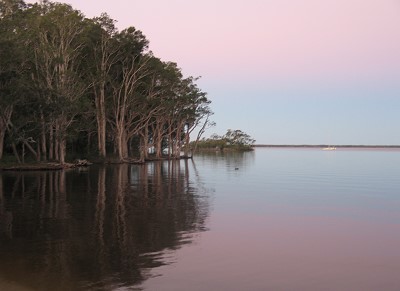 Despite the present State Government’s South East Queensland Regional Plan and Infrastructure Plan and claims that the State government wishes to slow development on the coast of South East Queensland and move population to Beaudesert and Mt. Lindsay, our Sunshine Coast region’s concept of sustainability, determined as Bob Abbot envisages through community consultative processes well known to Noosa residents, may clash with the State’s vision to which our new super Council must defer, given that there is still no Federal legal recognition of local government. The Sunshine Coast and other regions which desire and plan for more realistic and truly sustainable development and population caps with majority support from their electors and which had opposed amalgamation can still be overridden by the State. The States can also argue for Federal support on the basis outlined by Andrew McNamara, Minister for Sustainability, Climate Change and Innovation, when he supported population distribution omitting to mention the addition of a more sensible, palatable and sustainable federal policy of negative population growth with a truly innovative economic strategy to match. Rudd has thrown his national condom out the window as well.

Regardless of the warm, fuzzy wording of the SEQRPIP, the travesty of Traveston Dam has already provided a clear example of the State Government sacrificing the environment and existing landholders for the “greater good of Queensland” … in other words, the good of those requiring development at the expense of irreplaceable natural habitat and communities.

“I’ve got a great fear that the next attack on local government will be in the planning sphere and I think they (state government) need to look very closely at what the communities are saying about how they want to be managed in the future as regards to development,â€ he told a Brisbane newspaper.

“Any further attack on local government in the development sphere would create another Gold Coast highway koala corridor type fiasco for the government â€“ and would bring them down.”

Centralised decision-making may facilitate government planning aligned with big money, yet a government markedly out of step with its constituents could pay a high price at the next State election. Big Bob, with 70% of the Sunshine Coast vote has a clear mandate for sustainability. Perhaps Captain Bligh is counting on voters forgetting her and Beattie’s attack on democracy by then, yet Howard’s end was largely due to his deafness to the voice of the people, from his outrageous disregard of public feeling against his draconian no choice work laws, his ignorance of the realities of climate change to his pandering to Bush with the disgraceful war on Iraq.

When politicians step above their role as servants of the people, the people whom they are elected to represent will teach them humility. 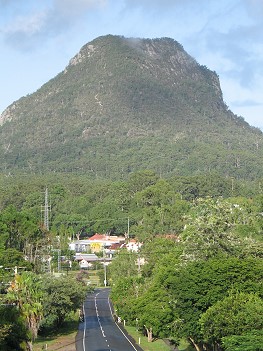 “Noosa will secede or de-amalgamate,” an email read. “It’s just a matter of time! Those who think that this fight can be won without conflict are seriously deluded. This is a war, and we will win, however long it takes.”