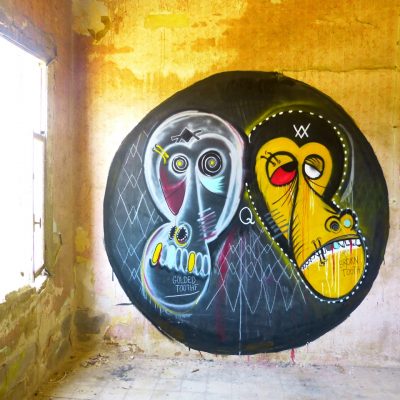 Another round of Israeli violence inflicted on Palestinians in Gaza resulted in devastating consequences: twenty seven dead, including Amani al-Madhoun, a young woman in her final month of pregnancy, as well as 3-month-old infant Maria al-Ghazali and 12-year-old Abd al-Rahman Abu al-Jadyan, both killed alongside their parents.

The flare up comes as Palestinians are routinely sniped at by Israeli military while they demonstrate within their open-air prison, subjected to ever-worsening misery and restrictions – medical, material, economic, environmental, transportation and otherwise.

Since US President Donald Trump’s ascendency to the White House, Israel has received unprecedented US backing, including the transfer of the American embassy to Jerusalem and Trump’s seal of approval for the illegal annexation of the Golan Heights.

“….To the Gazan people — these terrorist acts against Israel will bring you nothing but more misery. END the violence and work towards peace – it can happen!”

Meanwhile, in a ludicrous, knee-jerk response to Hamas’s retaliatory missile firing, Katrina Pierson, a Trump 2020 senior campaign advisor, tweeted a fake video of missiles fired in 2015 in Ukraine with an accusatory message toward progressive Democrat and Minnesota Representative Ilhan Omar.

The ‘special relationship’ between Trump and Israeli Prime Minister Benjamin Netanyahu is the most recent expression of American Imperial support for Zionist settler colonialism and genocide. The only novelty of the contemporary version is its unabashed, grotesque racism and corruption.

This white supremacist alliance benefits both parties: the US maintains an imperial foothold in the Middle East, smooth cycling of taxpayer money through Israeli military aid back to the US ruling class and a loyal consumer of its goods, while Israel illegally continues to colonize Palestine as well as brutalize and steal valuable resources from its Indigenous population with impunity courtesy of its American benefactor.

In order to dismantle this colonizing coalition for the benefit of all victims of white supremacy, including Jews and Palestinians, it is crucial to understand the propaganda enabling it.

Zionist propaganda depends on the promulgation of two major fallacies. First, it ahistorically equates Zionism and Judaism as interconnected since biblical days, instead of correctly presenting Zionism as a modern European movement with Christian roots. This false equation serves to foil resistance by regarding any criticism of Israeli policies towards Palestinians as an affront on all Jews, i.e. anti-Semitic. Further, it reframes a settler colonialist movement which oppresses an Indigenous population as an unsolvable religious “conflict” among two relatively equal parties.

Second, Zionists claim and appropriate Jewish victimhood and suffering, presenting them as exceptional. Modern white supremacist anti-Semitism is conflated with anti-Jewish religious bigotry and portrayed as an ancient form of human racism, which supposedly afflicts both left and right political spheres. This essentially anti-Semitic manoeuvre serves to whitewash Zionist criminality and its collaboration with right-wing anti-Semitic forces and attack those who call it out, such as Minnesota Representative Ilhan Omar.

Zionist historical revisionism enables an erroneous presentation of Israel as accommodating a left-to-right political milieu, instead of accurately recognizing the entirety of Zionism, including its “liberal” sort, as inherently reactionary, settler colonial and genocidal.

Zionists have weaponized the exceptionalisation of Jewish victimhood in concert with the false and manifestly anti-Semitic equation between Zionism and Judaism as an extremely effective one-two punch against critique of Israeli criminality.

Israeli propaganda frames the Nazi Holocaust as a particularly savage genocide in history, which entitles its primary targets – Jews – with a special status among victims. According to this rationale, as exceptional victims, Jews deserve certain privileges, discounts and allowances. Notably, Zionist revisionism often omits and devalues Nazi crimes against other groups, such as communists and socialists, Roma, disabled individuals, LGBTQI, and African-Germans.

As the supposed “Jewish state”, Israel has been the beneficiary of these favors and special relationships, which always come at the expense of Palestinians.

In addition, the Nazi Holocaust facilitated the Zionist project by vitalising Jewish immigration to Palestine, thus providing manpower to fight the British mandate and the Palestinian “demographic threat”.

The Holocaust is one example of genocide carried out by white supremacists. The long list includes, among others, genocide of Indigenous groups and African slaves in the Americas, Aboriginal people in Australia, Belgium’s atrocities in the Congo, and the ongoing genocide of Palestinians at the hand of Zionists. None of these victims have received appropriate recognition or compensation for their trauma and oppression. What’s more, while Israel uses Holocaust survivors as propaganda tools, it has a history of abandoning them later in life.

Stanford Students for Justice in Palestine (SJP) and Jewish Voice for Peace (JVP) at Stanford recently invited the political cartoonist Eli Valley to speak as part of Palestine Awareness Week (May 6 – 10) to be held on campus.

Valley’s witty cartoons, which have been featured in The Nation, The Village Voice, The Daily Beast and The Guardian, among other outlets, are effective in addressing the differences between anti-Zionism and anti-Semitism as well as in calling out the hypocrisies of American Jewish and non-Jewish Zionists and their role in perpetuating the Israeli occupation of Palestine. The event was advertised on fliers displaying Valley’s cartoons.

The images created an uproar among the Zionist community at Stanford. One of the students – Ari Hoffman – addressed these concerns in a passionate piece published in The Stanford Daily, in which he decried Valley’s cartoons as reminiscent of Nazi propaganda. At its conclusion, Hoffman claimed:

The cost of solidarity must never be so steep as to be bought with a hateful coin… Days ago, many of us mourned the murder of six million Jews. Just last week, at a Chabad in Poway, a life and a hand were blown away solely because Jewish blood flowed through them. Over 700 hundred missiles were launched by Palestinian terrorists at Israeli civilian centers last weekend, killing four Israelis. The Jewish vacation from history is over before it began. It is open season on the Jews, in word and deed. Everything is possible and permissible. Again.

And there you have it. Equating Zionism and Judaism in the above mentioned anti-Semitic propaganda manoeuvre, Hoffman deems Valley’s anti-Zionist cartoons as anti-Semitic, even Nazi-like, and utilizes the propagandist idea of exceptional Jewish victimhood to marginalize and villainize Palestinian victims of Israeli aggression, who are meant to be the primary focus of Palestine awareness week at Stanford.

Donald Trump has learned from fascistic movements, including Zionism. He effectively energizes his racist base with revisionist tales of exceptional American victimhood, which supersede, marginalize and propagate the oppression and targeting of immigrants, Indigenous people, Black and Brown groups, Muslims, Jews, LGBTQI and others.

In line with Umberto Eco’s seminal characterization of fourteen common fascistic attributes, Trump and Netanyahu present “others” as both strong and weak, thus perpetuating their own victimhood while promoting a vision of strength. This contradiction points to the irrationality and ultimate unsustainability of Zionist and imperial rhetoric. Eco wrote:

“By a continuous shifting of rhetorical focus, the enemies are at the same time too strong and too weak.”

The “special relationship” between Trump and Netanyahu perpetuates the age-old alliance between anti-Semitic forces and Zionism. Both Trump and Netanyahu use exceptionality of victimhood as a cudgel to beat down progressive agendas and opponents, while promoting their capitalist and expansionist goals.

In contrast, it is evident that an intersectional approach between marginalized groups, which galvanizes lessons of past anti-colonial movements and disregards hierarchies of oppression can disentangle the revisionist narratives of white supremacy, imperialism, and patriarchy, including attempts to exceptionalize victimhood. An acknowledgement of mutual oppressors reinforces solidarity and assists in principled grassroots movements, such as the Palestinian-led Boycott Divestment and Sanctions (BDS).

The recent questioning of the US-Israeli “special relationship” by progressive Democratic lawmaker Alexandria Ocasio Cortez, as well as critique of Netanyahu by Presidential candidate Bernie Sanders, among others, are welcome steps towards the ultimate dismantlement of this colonizing coalition. Regardless, a consistent refusal to quantify suffering and victimhood as part of propaganda which creates hierarchy and thus divides groups oppressed by white supremacy is essential for effectively combating all forms of oppression, en route toward a society promoting equality and justice for all, both in the US and Israel/Palestine.