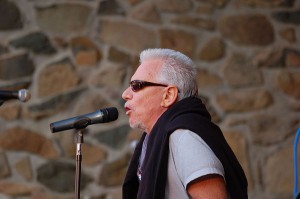 It is with consternation we are aware you are booked to play Israel on August 1, 2013. We would like to inform you about the important means of resistance which has been chosen by Palestinian people to assist in their attainment of justice, rights and freedom after 65 years of oppression in the Palestinian homelands by Israel.

“meets its obligation to recognize the Palestinian people’s inalienable right to self-determination and fully complies with the precepts of international law by:

1. Ending its occupation and colonization of all Arab lands and dismantling the Wall
2. Recognizing the fundamental rights of the Arab-Palestinian citizens of Israel to full equality; and
3. Respecting, protecting and promoting the rights of Palestinian refugees to return to their homes and properties as stipulated in UN resolution 194.”[2]

We understand you have spent time in the Negev, where at present under the vicious Prawer Plan, Israel is demolishing the homes of, and expelling more than 40,000 Indigenous Palestinian Bedouin people against their will in order to “judaize” the Bedouins’ homeland.[3] Surely you would support the boycott to protest this terrible act of ethnic cleansing.

You have been requested by Palestinians to stand against Israel’s apartheid regime, which has been described as worse than that perpetrated by South Africa by several noted South African anti-apartheidists.

Baleka Mbete, National Chairperson of the ANC, former Deputy President of the Republic of South Africa (2008-9) and former Speaker of the National Assembly at the 2012 African National Congress (ANC) International Solidarity Conference said that she has been to Palestine herself and that the Israeli regime is not only comparable but “far worse than Apartheid South Africa.” [4]

‘As a South African newspaper editor, Mondli Makhanya, put it in after a 2008 trip to the Middle East: “It seems to me that the Israelis would like the Palestinians to disappear. There was never anything like that in our case. The whites did not want the blacks to disappear.”‘[5]

Especially since your music forms part of rock and roll’s foundations, Eric, please don’t permit yourself and your important legacy to be appropriated in the service of Israel’s cynical propaganda to disguise the oppression and obliteration of Palestinian people. Join Mira Nair, internationally-acclaimed director of Salaam Bombay!, Monsoon Wedding and Mississippi Masala, who stated just last week:

In order to set a principled example alongside many artists and academics who have cancelled their appearances after being made aware of the boycott [7], we hope you will be persuaded to support the boycott of apartheid Israel wholeheartedly, and at the least, cancel your performance, refuse to cross the picket line and compromise the struggle for freedom of Palestinian people.