The leaked minutes of a meeting in 2008 between Palestinian, U.S. and Israeli officials show a senior Palestinian proposing that Israel annex all but one of its major Jerusalem settlements as part of a broad deal to end their decades-old conflict. 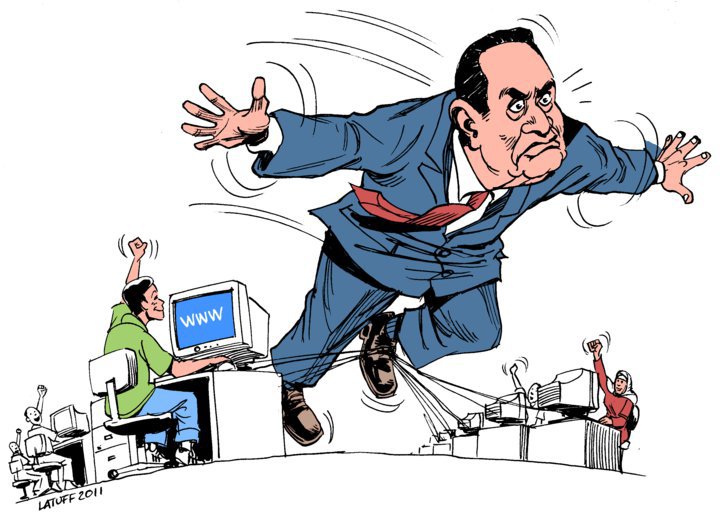 Ah, to be a ‘democracy’- apartheid Israel can flaunt international law and steal land, sponsor Palestinian ‘leaders’ without a mandate of the people from whom Israel steals, who then give away even more land behind Palestinians’ backs. How could Israel then be accused of stealing?

The Palestinian Papers blow the cover off the iniquitous deals which Abbas and his cohorts have done on the sly with their Israeli bosses. What chance for the end of the gross indignity of Israeli apartheid when the perpetrators of this discrimination are covertly and not so covertly assisted by those who shill as ‘Palestinian leaders’?

At this time, Nelson Mandela’s wise words on the International Day of Solidarity with the Palestinian People are a beacon and warning.

“Even during the days of negotiations, our own experience taught us that the pursuit of human fraternity and equality — irrespective of race or religion — should stand at the centre of our peaceful endeavours. The choice is not between freedom and justice, on the one hand, and their opposite, on the other. Peace and prosperity; tranquility and security are only possible if these are enjoyed by all without discrimination.”

One remembers also the second point in the preamble of the United Nations Charter:

“to reaffirm faith in fundamental human rights, in the dignity and worth of the human person, in the equal rights of men and women and of nations large and small”

‘… it is sickening to see the Israeli consensus demanding that when Arabs think of their future, they should imagine a hobnailed boot crushing their faces forever, in order to protect Israelis from their own fears. This concept demonstrates, again, how much Israelis view Arabs as savages who can neither govern themselves, nor develop. They always need a strongman to keep them down. This concept tells us much more about Israelis than about their neighbours.’

Egyptian President Hosni Mubarak rejected calls from protesters to resign and said he would name a new government to promote democracy as protesters clashed with police into the night, setting buildings on fire and swarming armored cars.

Well the political situation is highly fluid, as a number of my colleagues from elsewhere around the world have said. We have long supported democratic transformation across the Middle East. We have equally strongly argued that this transformation should occur peacefully and without violence. That remains our view in terms of recent developments in Egypt as well.

Even Hillary Clinton was more supportive of protestors:

“We are deeply concerned about the use of violence by Egyptian police and security forces against protesters, and we call on the Egyptian government to do everything in its power to restrain the security forces,”

Yet Hosni Mubarak is in power because the West has supported him.

Mubarak is in power in Cairo with the west’s blessing, approval, support, sponsorship, funding and arms. Democrat and Republican presidents, Labour and Conservative prime ministers, have all cosied up to Egypt’s “secular” tyrant, a self-proclaimed but ineffective bulwark against “Islamic extremism”, since he assumed the presidency in 1981.

One of the Wikileaks cables released yesterday confirms how Mubarak imprisons poets, bloggers and journalists with gay abandon. And thus, I give him doggerel:

‘There was an old despot called Hosni
whose mind was suspicious and lazy,
for when poems are writ,
he quivers his lip,
and looks for the poet not meaning.’

‘There was an old fool called Mubarak
who hated all literary dialect
while his back was turned,
Hosni’s ears would burn,
as poets would cleverly paint him black’

Let’s not forget Israel loves autocrats to maintain its life
WB mourners clash with Israeli troops
Ian McEwan should turn down the prize
Ian McEwan can’t escape the politics
The Papers of Opprobrium
Apartheid entity has vacancy sign up : “New hosts required for mutually beneficial oppression, belligerence and land grabs. No democracies in the Middle East need apply”.
Israel fears radical takeover in Egypt – hasbara in full flight
Diana Buttu on the Palestine Papers
1/21/11, Update: Tear gas death triggers mobilization against Israel’s lethal tear gas
Bernard-Henri Levy with another stupid ill-informed tirade
Eroding Israel’s Legitimacy in the International Arena : latest hasbara strategy with a partial list of BDS and other triumphs against Israeli apartheid.
Israel staunchly on the side of Arab tyrannies
Paraguay joins Latin American neighbors in recognizing Palestinian state
Feeds are from activists and citizens on field via phone, if you have verified news you can contact us by phone or sms on Lebanese number +961.70.520837 or email

“We want a new constitution, & for Egypt to catch up with civilisation” “Mubarak’s speech was a let down. He ignored everyone”

El Baradei “HE wants to change the govt, he is responsible for this govt. He is taking the will of the Egyptian people lightly”

“The Egyptian people welcomed the Army on the street. The Army is a friend of the people, the protests yesterday were peaceful”

If the army wants peace to return they must assist the people to change this regime. No Egyptian or Arab wants Egypt to fail”

“If the army believes that the imposed curfew will secure the buildings then I am with it, but we have until 7pm to protest ”

“We have the right to live with freedom & liberty in our own country. I learnt of my house arrest on TV, not sure if it’s true”

“This is their stupid way (house arrest). There are five million Egyptians who agree with my demands of change of regime”

“I will join the protests today and in the media and in any other way so that we achieve change today, not tomorrow”

“I will do my best, others can have opinions about me. They are welcome if they agree with me or not”

“My goal isn’t popularity or presidency, I want to serve my country. I have enough (personal) business”

“There were many international calls. I have many friends. Governments also called to ask about me yesterday”

“The Europeams & the Americans called me. I was disappointed by the US position on Egypt, the US adjusted their position later”

“The Europeans & the Americans called me. I was disappointed by the US position on Egypt, the US adjusted their position later”

“The US govt must choose between the govt of Egypt or the people of Egypt. I have personal respect for Obama”

“I spoke to them (US govt) to assure them of my well-being.”

“The translations were wrong, I said Egypt is ready for a new democratic govt & I won’t run under these conditions”

“The goals of the movement I have founded are similar to other opposition parties, there must be free elections”#

“We need reform after 30 years, a society that respects knowledge. I am before anything an Egyptian”

“My goal is change. I said Mubarak must leave. I’m not sure that he will leave. Protests will continue if he doesn’t leave

There can be conciliatory solution. A new constitution where Egyptians have the right to choose their representatives”

“Egyptians must choose their leader, who becomes president is up to Egyptians”

RT @TravellerW: “@ElBaradei, We’ll vote for any of the men or women who took the streets while u were skiing in Salzburg”