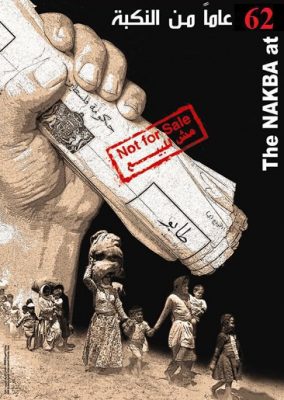 Developments in the Occupied Palestinian Territory and Israel

99. At the close of 2009, the effects of Israel’s military operations in Gaza, codenamed “Operation Cast Lead”, from 27 December 2008 to 18 January 2009, were still being felt across the Gaza Strip. Thousands of Gaza residents, including children, are still living in alternative or temporary accommodation and many schools, health facilities and parts of vital water and sanitation infrastructure networks have not been rehabilitated or repaired. The ongoing blockade by Israel and the resulting lack of necessary materials in Gaza make such repairs and rehabilitation difficult.

100. A total of 374 Palestinian children were killed and 2,086 were injured during the reporting period, including at least 350 killed and 1,815 injured in Gaza alone during “Operation Cast Lead” by Israeli forces. The Israel/occupied Palestinian territory working group on grave violations against children confirmed 12 cases of Palestinian children who were killed while bearing arms and acting as combatants during “Operation Cast Lead”. The working group also confirmed one case of recruitment of a 16-year-old boy by the armed group Ezz al-Din al-Qassam Brigades. The actual number of cases is believed to be higher and there had been other reported incidents of children being trained and/or used by Palestinian militant groups in Gaza. Community members are, however, reluctant to provide information on this practice.

101. The working group confirmed reports of seven Palestinian children used by Israeli soldiers as human shields in three separate incidents during “Operation Cast Lead.” The office of Israel’s Military Attorney-General is investigating those incidents, although the United Nations is unaware of the actual process under way or the outcome of the investigations to date. On 11 March 2010, the Military Advocate for Operational Affairs brought criminal charges against two Israel Defense Forces staff sergeants who ordered a nine-year-old Palestinian child to open bags and suitcases suspected of being booby-traps. The criminal investigation of this case was launched in June 2009, following the report of my Special Representative for Children and Armed Conflict. The indictment was filed with the District Military Court for offences of excessive authority that endangers life or health and of unbecoming conduct.

102. Since the end of the offensive in January 2009, 24 children were killed and 271 were injured in incidents involving Israeli gun and tank fire in the Gaza buffer zone as a result of unexploded ordnance, and in settler-related incidents in the West Bank and East Jerusalem. One Israeli child was killed during the reporting period and three Israeli children were injured in two separate incidents in the West Bank. The working group was able to verify three incidents of Palestinian inter-factional fighting during 2009, resulting in the injury of six children and the deaths of two others. The two children, allegedly affiliated with the Jund Ansar Allah group, were killed in armed clashes between Hamas-affiliated security forces and members of the Jund Ansar Allah group in the southern Gaza town of Rafah.

103. No children were harmed as a result of rocket attacks from the Gaza Strip on Israeli communities in adjacent areas. However, attacks and the threat of attacks are known to cause high levels of prolonged anxiety among Israeli children residing there and among Palestinian children in Gaza.

104. In 2009 the working group documented at least five children who were requested to become informers for the Israeli intelligence while being subjected to violent interrogation by the Israeli authorities. The actual figure is suspected to be much higher, but as testifying puts the lives of the concerned children at risk, the United Nations does not actively seek information on this practice.

105. The number of Palestinian children arrested and detained by Israeli military authorities rose sharply at the beginning of 2009, immediately after the start of “Operation Cast Lead”, but has decreased steadily since then, although remaining systematic and widespread. As of December 2009, 305 children were being detained. There are serious concerns regarding the rise in the number of young children, from 12 to 15 years of age, being detained, with 42 children in that age category being held in Israeli detention in December 2009 compared to 30 in December 2008. The United Nations has documented over 87 reports of ill-treatment and torture of Palestinian children during the reporting period, including 6 reports of threats of rape and sexual assault against the children to elicit confessions or in some cases collaboration from child detainees. Israeli authorities stress that the Israel Security Agency operates in strict compliance with Israel’s Supreme Court ruling (HCJ 5100/94), which states that investigations are free of torture, cruel inhuman treatment and any degrading handling, and absolutely prohibits the use of “brutal or inhuman means” in the course of an interrogation. Israeli authorities also stress that note should be taken of Israel’s commitment to investigate any allegation, irrespective of the source, and of Israel’s concern that more information should be provided in order to enable the appropriate authorities in Israel to investigate and respond substantively, where appropriate.

106. On 29 July 2009, the Israeli military commander in the West Bank, Major General Gadi Shamni, issued a new military order (Military Order No. 1,644) establishing a juvenile military court in the West Bank. This attempt to incorporate juvenile justice standards within the military court system was met with concern by the United Nations Committee on the Rights of the Child during its session in January 2010. Since the order came into effect on 1 October 2009, lawyers have observed that the military court judges, who adjudicate on juvenile matters in the West Bank, also continued to preside over cases involving adults. However, unlike previously, children under 16 years of age are now tried separately from adults and are brought into the courtroom individually, but are still taken to the courts from the detention facilities with adults.

107. In Gaza, 18 schools were destroyed and more than 260 were damaged, including 5 schools run by the United Nations Relief and Works Agency for Palestine Refugees in the Near East, by Israeli forces during “Operation Cast Lead”. In some cases, the Israel Defence Forces forcibly entered school compounds and used schools as interrogation centres. The lack of materials for reconstruction and rehabilitation of schools, coupled with chronic shortages of educational supplies as a result of an ongoing blockade forced thousands of students to learn in overcrowded schools operating on double shifts and often under unsafe and unsanitary conditions. To date, very few of the destroyed or damaged schools have been rebuilt or repaired. In addition, discrimination and neglect by Israeli authorities in East Jerusalem and Israel-controlled area C of the West Bank have also jeopardized children’s right to education. Inadequate structures, including tents, shacks and crude cement structures, are being used as schools owing to the difficulties in obtaining building permits needed to expand and upgrade existing schools and build new ones to accommodate the student population in area C, while in East Jerusalem, each year large numbers of Palestinian children are denied admission in the municipal schools run by the Jerusalem municipality and the Israeli Ministry of Education owing to a shortage of over 1,000 classrooms.

108. Almost half of Gaza’s health facilities were damaged or destroyed during “Operation Cast Lead” and Gaza’s health-care system is currently unable to provide adequate responses to children’s health-care needs. As a result, some patients must seek treatment outside Gaza — in the West Bank, East Jerusalem, Egypt, Jordan and Israel — for a wide range of medical assistance. During the reporting period, while 1,407 of 1,648 applications for children who sought to obtain medical assistance outside Gaza were approved, nine children in Gaza died while waiting for the appropriate permits to travel outside Gaza. In 2009 there was also an increase in the number of interrogations at Erez crossing, including the interrogation of children leaving Gaza for medical treatment.

109. Throughout 2009, the continuing high rate of settler violence against children was registered. Palestinian children continue to be shot, beaten and threatened while walking to school, grazing their livestock or playing outside their homes. According to reports, it has been revealed that a new pattern of violence has emerged since 2009, which suggests that Israeli settlers undertake attacks against Palestinians and their property in response to attempts by the Israeli authorities to dismantle “unauthorized” settlement outposts, raising additional concerns regarding the protection of Palestinian children. The Office for the Coordination of Humanitarian Affairs has documented at least two such incidents, in which 11 children were attacked by settlers. It is suspected that there are many more incidents that remain unreported. Perpetrators are never held accountable. This underscores the need for greater enforcement by the Israeli Government of the rule of law where violent settlers are concerned.

The Palestinian Campaign for Academic & Cultural Boycott of Israel is trying to get UNICEF to comply with the boycott for the upcoming conference organised by the Minerva Centre for Human Rights at the Hebrew University, jointly with the Van Leer Institute.

In essence, this conference establishes a false symmetry between the Palestinians under occupation and the Israeli occupiers and totally ignores the vastly divergent contexts in which children’s lives are embedded. The conference omits, in fact covers up, the fundamental source of the vulnerability and suffering of all children in this “conflict” zone: Israeli colonisation of Palestinian land and multi-tiered oppression of the Palestinian people. By inviting Israeli “security personnel” — the very same people who devise and execute policies that indiscriminately target Palestinian civilians, killing and maiming hundreds of children, as was done in the Gaza massacre — this conference not only gives them a credible and ‘respectable’ voice, but goes further than most in attempting to whitewash Israel’s atrocities in Gaza, its accelerating colonization of the West Bank and its gradual ethnic cleansing of entire Palestinian communities in occupied East Jerusalem and the Naqab (Negev).