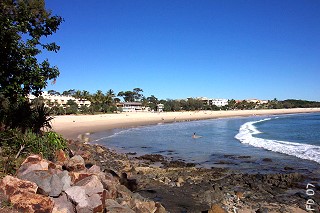 “Can you hear me Peter Beattie
From your leather padded chair?
There’s a tide outside your door
Steadily rising
It’s a simple case of freedom
And a lot of us who care
And if demonstrations aren’t enough
Well I hope you’ve said your prayers.
It seems this time you’ve gone too far
Next you’ll call the troopers in
And you can put my dossier
In the glossy pages of the Bulletin.

Oh you think the battle’s over
Well the war has just begun
Your legislation’s just a piece of tissue
Oh won’t you listen to the beat
Of ten thousand marching feet?
Taking to the street.

Oh there’ll be a national monument
In coloured sand of course
Where the plaque reads
“Look what Peter Beattie did”
A traitor’s tree, a traitor’s rope,
Thirty bits of silver
And a couple of Queensland
silvertail kickbacks.

You think the battle’s over
Well the war has just begun
Your legislation’s just a piece of tissue
Won’t you listen to the beat
Of ten thousand marching feet?
Taking to the street.”

(With fond apologies to Redgum.)

Peter, your head nodding placations about the amalgamation of Noosa Council with its avaricious, development crazed, environmentally irresponsible and unsustainable southern neighbours are not credible.

You claim Noosa will be protected by state government regulation. Yet it will only take a change of government or even more certainly, a change in planning strategy by the new, undesirable regional body before Noosa will be legs apart for the developers.

Developers are already slathering and ringing Council in anticipation of wreaking havoc following amalgamation on our nominated UNESCO Biosphere Reserve.

Instead of nobbling our community’s power in the ominous and telling name of the ‘greater good of Queensland’ (i.e. “Queensland uber alles”), you should join UNESCO in applauding and further protecting Noosa and its beloved environment from the southern predators who have no qualms about destroying it for their own selfish short term gain and who have obviously got you and your Government by the short and curlies in some fashion. Could it be to do with Terry Mackenroth and his interest in the mega development company, Devine Homes?

Peter, you may have become an unwitting pawn of the development lobby, or perhaps you are a well informed co-conspirator with it, but know this – we in Noosa will NOT yield an inch. You ain’t seen nothing yet.