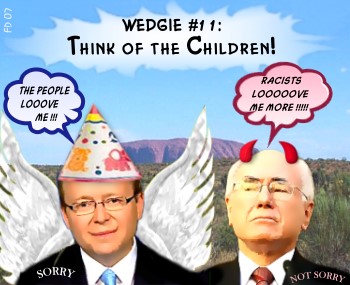 Time for a reassessment of rodential wedgies leading up to the election. Today little Johnny laughably dredged up his old favourite – there are terrorists amongst us, folks, so fear, fear, fear – as he desperately tries to regain popularity the best way he knows how. A late November election is now looking likely – Ratty needs all the time for slime he can manage.

Have we missed any? Please let us know.