And watch and listen …

Our national politics, let alone our international political predilections are nearly too sickening at present for words anyway. While the rodent postures and preens over indigenous causes which he has patently ignored for 10 years, he is touting devious plans to allow forced entry to aboriginal communities – cornucopia for mining interests? He is preparing for the campaign of his miserable ratty existence, the outcome of which despite the woeful Liberal polling is by no means assured.

Little Johnny’s immoral counterparts and allies, the terrorist state of Israel and its bevy of international cowering zealot minions with their individual imperial ambitions, piously condemn the popular democratically elected so-called ‘terrorist’ government of the overly occupied terrorities in favour of their now allies of convenience, the terrorist Fatah brigades. Terminally blinkered Western proponents of democracy thus are seen to regard democratic governments as legitimate if they undemocratically support policies which their electors patently do not.

There is a reason the people threw out Abbas’ Fatah party in last year’s election. Palestinians see the leading Fatah politicians as unimaginative, self-serving and corrupt, satisfied with the emoluments of power. Worse yet, Palestinians came to realize that the so-called peace process championed by Abbas (and by Yasser Arafat before him) had led to the permanent institutionalization â€” rather than the termination â€” of Israel’s 4-decade-old military occupation of their land. Why should they feel otherwise? There are today twice as many settlers in the occupied territories as there were when Yitzhak Rabin and Arafat first shook hands in the White House Rose Garden. Israel has divided the West Bank into besieged cantons, worked diligently to increase the number of Jewish settlers in East Jerusalem (while stripping Palestinian Jerusalemites of their residency rights in the city) and turned Gaza into a virtual prison.

Divide and conquer the good old colonialist way – again, for the umpteenth disastrous time since the Zionist invasion, when the Zionists first introduced terrorism to Palestine. Is As’ad from the Angry Arab News Service too optimistic when he declares:

The Palestinians need a new political organization: neither Fath nor Hamas. NOW.

As’ad also points out that

A new poll among Palestinians in Gaza and West Bank reveals the obvious: that most Palestinians are neither for Fath nor for Hamas: more than 40% of Palestinians indicated that they are “independent”. 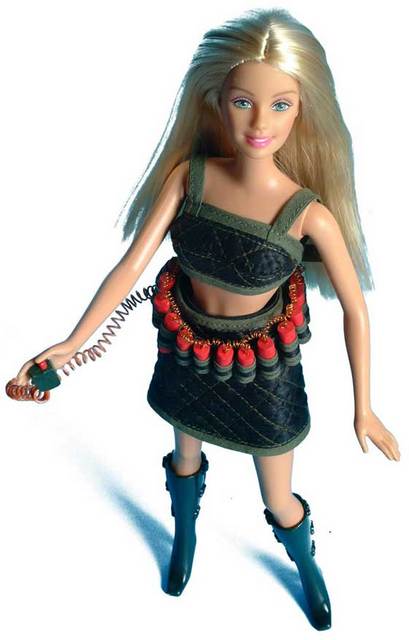 Yet even if there was an alternative political force, it would be nanoseconds before the Israeli government stereotyped them as terrorists in order to engineer the obligatory, traditional nobbling of peace initiatives, so their land thieving on the West Bank and breaches of international law could continue behind the usual smokescreen of convenient, manufactured ‘beleaguered’ victimhood.

For the past 10 years, the greatest practical barrier to peace has been Israel’s failure to carry out any true withdrawal to its 1967 borders, owing to the political weight of hundreds of thousands of settlers in the West Bank and the religious and secular communities that support them. This remains the crucial truth; the rest follows as tragedy. Even when the US or Israel have tabled peace offers, such as at Camp David in 2000, they have included convoluted ways to sustain the West Bank settlements and large settler populations, while denying an economically viable and contiguous Palestinian state.

Sachs fails to note that inevitably it is the enabling activities or lack thereof of the Israeli government which have bolstered the continued thievery and oppression. At all times, it has been within the power of that democratically elected government to restrain its extremists and to act within the ambit and intention of UN Res 242 in order to obtain peace.

However, a glance at the maps of Zionist encroachment illustrates the present deleterious outcome of Israeli government acquiescence and encouragement to illegal settlers which makes a two state solution a geographical absurdity, as Zionist settlements raddle and pockmark the West Bank. By deliberately hijacking peace iniatitives in order to provide cover behind which they can purloin more land, the Zionists have cooked their own goose – the enemies they have created with the servile assistance of the United Kooks and Stupids are now within and without. Within one state, the Zionists will be outnumbered and the true nature of the hideous bantustans wherein nearly four million people suffer under their pitiless, relentless rule will be plain for all the world to abhor.

Many Palestinian communities in the West Bank are already fenced in from all sides (and sometimes also cut in the middle) by a system of trenches, concrete walls and barbed-wire fences. Gaza too is sealed. Movement between the Palestinian pockets is extremely difficult. Access to healthcare, education, and work is limited and in some cases impossible. Poverty is everywhere (60 percent of the population is under the UN poverty line of two dollars of income a day). In a matter of months, the project will be successfully completed. It will lock the Palestinians in small ghettos, connected by subterranean roads that will be controlled by Israel. There will be no airport, seaport, and the passage by land to neighboring countries will be manned by Israeli soldiers. The end result — already in place in the Gaza Strip and several West Bank “strips” — is a system of crowded, open-air prisons. And if the inmates will get out of hand and revolt, the wardens will target them with air raids and artillery shells.

The ongoing Zionisation of the microcosm of Jerusalem reflects the overall ghastly, criminal injustice being perpetrated upon Palestinians:

The Israeli government also has recently allocated $90 million over eight years until 2013 for maintaining the Israelization of the Old City, $79 million to attract non-profit groups and NGOs into the city and $50 million for the Jewish municipality to help bring in more settlers, whose numbers rocketed from zero to more than 210.000 since 1967, while indigenous Arab citizens are completely cut off western Jerusalem and left with only 9% of the municipal area to accommodate the natural growth of those of them who so far survived what Israeli historian Ilan Pappe termed as Israel’s “ethnic cleansing”.

According to the Israeli activist Jeff Halper and the Jerusalem Institute for Israel Studies, Israel’s Jerusalem metropolis covers 10% of the West Bank, 440 sq. km., where 75% of the West Bank settlers live in colonial settlements extending from the Latron (Beit Shemesh) in the West, through Kiriat Sefer to Ramallah in the North then Southeast through Maale Adumim almost to the Jordan River; thence, southwest, the metropolis is due to include the Palestinian cities of Bait Sahour, Bethlehem and the settlements blocks of Efrat and Gush Etzion, thence Westwards to Beitar Ilit, Tzur Hadassa and Beit Shemesh.

The possibility of peace is currently more remote than ever. The Lebanese army and civilian thugs blow up Palestinian refugees and their homes, the monumental, tragic results of Israeli intransigent historical land grabs and nose-thumbing at social justice in the past. It’s Sabra and Shatila all over again, with the real instigators posing behind a smarmy mask of contempt and secret delight as their hypocritical, hatred-producing expansionism surreptitiously and inexorably continues unconstrained, now with the additional support of increased decade long military aid from the United Stupids.

Israel asked for a gradual increase in the aid over a 10-year period at the tune of $50 million per year. At the end of the 10 years, Israel will receive $2.9 billion annually in military assistance from the U.S.

So Israel is enabled by the UStupids to slaughter wantonly a lot more of those it oppresses whilst clinging to that which it has stolen and continues to steal. Is another Israeli attack on Lebanon imminent once the Stupids’ bullets arrive and the Lebanese sufficiently weakened by internal strife?

When will the people of America realise *why* it is they, as traitors to the cause of democracy they tunelessly trumpet and collaborators with the worst terrorists of the region, are so hated, and why their thoughtless support of the local rampaging elephant is the best advertising Al Qaeda could hope for?

One Reply to “While we wait …”