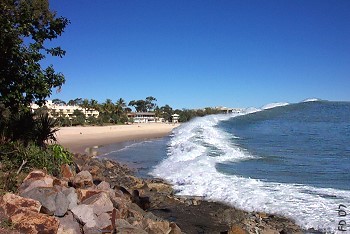 The folks from FunkyPix2 have a series of photos of this week’s tsunami which devastated Queensland doomsayers, rapturites, real estate sharks and other drooling nincompoops. We’re in awe of people’s ability to put natural events in our place as much as the ability of natural events put people in their place.

Before Hastings Street was demolished, we had positioned ourselves to capture the first wave’s impact on Noosa’s trillion dollar vulnerable asset – see right.

Our sympathies of course go out to our neighbours in the South Pacific who were affected by the natural disaster.