Keith Ellison, a US congressman for the state of Minnesota and the only Muslim to be elected to US congress, talks to Al Jazeera’s Shihab Rattansi about the Israeli offensive in Gaza and why he feels so few US politicians understand the Middle East.

Ellison also draws attention to possible US complicity in war crimes through the use of US supplied weaponry by Israel.

In further updates, Hugo Chavez has expelled the Israeli Ambassador.

Israel will halt its bombardment of Gaza for three hours daily to allow residents of the Gaza to obtain much-needed supplies.

However, Israel insists it has already allowed enough supplies into Gaza during the conflict, although the UN says there is a humanitarian crisis because of shortages of food, fuel and medicines.

Heba, a Gaza resident and mother of two, told Al Jazeera there was no place left in Gaza that can be considered safe.

“What happened in the school was a hugely offensive and inhumane thing. We never expected that people who sought refuge in a UN building would be attacked and killed,” she said.

Randa Seniora, from the Independent Commission on Human Rights, told Al Jazeera: “What is happening in Gaza are crimes against humanity.

“Israel cannot claim, as an occupying authority, that it is acting in self defence because simply it is considered a war crime to create harm and damage among civilian populations.”

@AJGaza Hamas says it will not fire rockets into Israel during the same period of time, Al Jazeera’s correspondent reports.

@AJGaza Nicolas Sarkozy, the French president, says Israel and the Palestinian Authority had accepted a truce plan for #Gaza announced by Egypt.

Are Hamas being marginalised in this pseudo-truce? – Israel and the PA are already in cahoots, there hasn’t needed to be a truce between them. Has Abbas received the nod from the big boys?

Has Al Qaeda been taking lessons from neocons? or from Israel and their “proportionate responses”?

The speaker, identified as Ayman al-Zawahiri, addresses Muslims in Gaza. He said the violence “is one part of a series of a crusade war against Islam and these air strikes are a gift from Obama before he takes office, and (Egyptian President) Hosni Mubarak, that traitor, is the main partner in your siege and killing.”

The message, posted Tuesday on various Islamist Web sites with a picture of al-Zawahiri next to an image of a wounded child, urges militants to rally against Israel.

“My Muslim brothers and mujahedeens in Gaza and all over Palestine, with the help of God we are with you in the battle, we will direct our strikes against the crusader Jewish coalition wherever we can.”

@AJGaza Israel’s pause in hostilities to allow Palestinians access to aid only applied to #Gaza City in the #Gaza strip, Israel says.

Even to say Hamas is the cause of this is to blame the rape victim for what she was wearing.

The UNHRC is holding a special session on Friday on Gaza

at the request of Islamic and developing countries as well as Russia.

The formal request — from 29 members of the 47-nation body — says the session should discuss “the grave violations of human rights in the Occupied Palestinian Territory including the recent aggression in the Occupied Gaza Strip.”

Resolutions issued by the Council are not binding.

Still, a resolution now might add to the weight of proceedings at Le Hague later on when the war criminals are tried.

Hamas will not accept a permanent truce without an end to the occupation and opening of the crossings i.e. end to the terrible blockade which Israel has inflicted on its less than model concentration camp for nearly 2 years. Sounds reasonable. Perhaps Hamas feels the world is paying attention, and now is as good a time as any to make a stand?

Kevvy has a new site up for airing the outcomes, transcripts and vids from the ALP’s National Summit on Climate Change. Sadly, there’s no facility for interaction, no forums, no blogs. Despite their apparent fascination for broadband tech, as media whiz Trevor Cook points out, Kevvy’s team is behind the net-times!

Nevertheless there’s some interesting-looking downloads on carbon trading at which we’ll have a closer look soon. As yet we can’t spot anything on U, though there’s clean coal info.

We wonder how many Laborites will be inspired enough to put their money for the first time into the enticing range of cleaner energy tech stocks on the market. 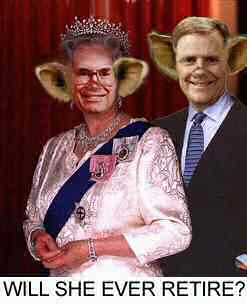