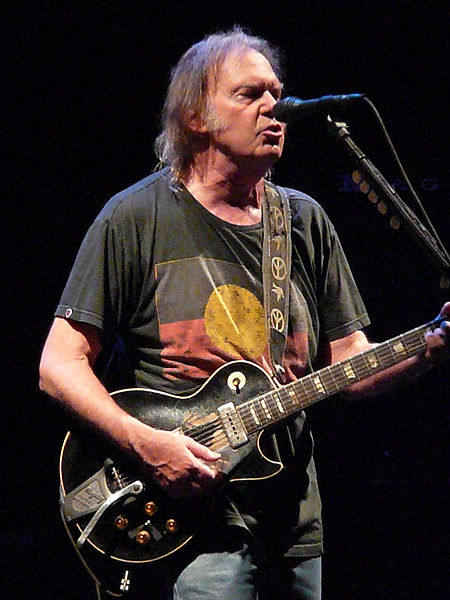 Many of your fans, including our organization DPAI, are concerned about the recent announcement that you plan to perform to a segregated audience in July 2014 in what is an apartheid state: Israel.

We sincerely ask that you reconsider your commitment to promoter Shuki Weiss who serves the interests of the state of Israel, providing select Israeli officials with VIP tickets to concerts he promotes.(1)

Israel truly stands apart on the world stage as an exclusivist, ethnocentric, settler-colonial state, with a powerful military and extensive political reach. Backed unconditionally and delivered impunity by the USA, Canada and the EU, Israel continues with its slow, gradual genocide against the Palestinian people who are indigenous to the land. Palestinian land has not only been stolen, but water resources pillaged, olive trees burned, and families separated from each other by a system of military sniper towers, checkpoints, walls and laws preventing family reunification (as you’ll read below). When the Indigenous people of the land, the Palestinians, protest the theft of their farms and destruction of their livelihoods, they are met with tear gas, rubber coated steel bullets and foul smelling ‘skunk water’ and arbitrary arrest by the Israeli military.

People of conscience, including musicians, are feeling the substantial, persuasive moral weight to act urgently, ethically – and clearly, BDS (Boycott, Divestment and Sanctions) is an effective, powerful means to end Israel’s impunity and make it accountable for its illegal actions.

At this time, we ask you to not cross the Palestinian picket line. We sincerely hope that soon, you will perform in a state that offers total equality in citizenship to both Palestinians (refugees included) and Jews in Israel. Sadly, that state does not exist, yet.

“Israel has confiscated my land and has started to define me as the invader of the land. They call us in the Knesset, in the courts, in the media the invaders of the land … when they confiscate our land in the Galilee and the Negev, they said they are going to redeem the land, redeem, I don’t know this word, I ask about it – salvation from me, the indigenous people, there. It is not about stealing the land, it is about stealing my homeland, my relation with my homeland. They are trying to transmit, to rewrite history, they don’t like history, they don’t like to read history, what happened before 1948 and that means we were there, the Palestinian people … they like more to write history. And they say I am a risk, they must reserve the land. So the crime is not really just to steal my land, they are trying to redefine my relation with my homeland. It is not my homeland anymore. I cannot claim it. They rewrite history and I am the invader of the land.”(2)

Israel goes to great lengths to cover up its crimes, claiming itself to be a leader in green technology and environmentalism. Greenwashing is a tactic used by Israel to shift the focus away from shocking facts such as:

Here are more stark facts which no doubt Mr. Weiss has not made known to you:

Israel was established in 1948, as an exclusively Jewish state, after over 750,000 Palestinians were ethnically cleansed from their homes and land. For over 65 years, the Israeli government has used both ‘legal’ and arbitrary force against the indigenous people who still remained in Israel, the West Bank and Gaza, and who now comprise almost half (5 million) of the population which Israel controls.(4) Today, Palestinians are the largest and longest suffering group of refugees in the world. One in three refugees world wide is Palestinian, making up a 7.2 million refugee population worldwide.(5)

Jewish Israeli citizens enjoy systemic, institutionalized privileges such as legal advantage, well funded schools, universal healthcare, modern separate roads and high status in society, with full protection from the Israeli Army. A full 20% of the population (over 1.2 million) in Israel is comprised of Palestinians who carry an Israeli ID card. These people are subject to “Jim Crow”-style laws that enforce housing restrictions, discrimination, underfunded schools, and restrictive marriage laws. More than 50 Israeli laws discriminate against non-Jews.(6)

Approximately 2.4 million Palestinians live in the Israeli-controlled West Bank. Within this area, Israel has constructed an intricate matrix of sectors. Hundreds of Palestinian ghettos are isolated from each other using a system of sniper towers, patrol roads, cement walls, layers of barbed wire, electric fencing and arbitrary and permanent military checkpoints. Manless drones and frequent night raids inflict constant fear on a population where around half are children. From the International Court of Justice to the Red Cross, the apartheid wall has been deemed illegal. Its disastrous impact is felt on Palestinian farmers, villages, cities, families, schoolchildren, students and the entire people. From Jenin to Bethlehem, through the concrete-split streets of East Jerusalem, the wall has become another element of Israel’s colonization of Palestine, one more link in the apartheid chain.(7)

In Gaza, Israel’s collective punishment of 1.6 million people includes bulldozing once-productive farmland, shooting at fishermen as they try to make a living and bombing buildings that held preschools and universities. As the borders have been sealed shut, Gaza has been forced to depend on UN schools, and to subsist on what food and medical supplies Israel capriciously decides to let in.

Israel blatantly admits using cultural events to create a false image of itself as a progressive, artistic nation with a Western European flavor (8). Having big name bands from the USA play in Tel Aviv is a part of this larger, duplicitous effort to brand the state. Getting artists known for being true to their consciences and for working in solidarity with oppressed people, artists such as you, would be a real coup for Israel’s branding of itself, and we really hope that you refuse to allow your image to be used thus. Already the state is using your planned performance as propaganda, with the official Israeli Embassies of Canada and the US tweeting about it.

The call to boycott was made in 2005 and enjoys overwhelming support from Palestinian Civil Society. The boycott is an urgent call to people of conscience to act to hold Israel accountable for how it treats the Palestinian people. The international community has failed to act, and, in fact, has instead enabled some of Israel’s most violent aggression.

In late 2008 and early 2009, Israel implemented a brutal attack on the civilian population of Gaza. Over three hundred children were left dead, with a total of 1,400 people killed, from a population which Israel was holding captive under military force. In November of 2011, Israel launched another sustained attack on Gaza, this time murdering more than 160 people. The people of Gaza are subjected to regular airstrikes and shootings both in the “buffer zone” and at sea, in their own waters.

The cultural boycott really stepped up after the assault on Gaza and then Israel’s attack on the Freedom Flotilla in 2010. As the lead ship, the Mavi Marmara, was changing course and heading away from Israel at high speed, Israeli commandos killed nine volunteers at close-range, execution-style. This murder took place in International waters. Many highly respected musicians cancelled their concerts in Israel, or became outspoken in favor of the boycott.

Recently the American Studies Association (ASA) voted to join the academic boycott of apartheid Israel, a move that the Native American and Indigenous Studies Association (NAISA) followed up with a similar declaration of support for BDS, stating: “As the elected council of an international community of Indigenous and allied non-Indigenous scholars, students, and public intellectuals who have studied and resisted the colonization and domination of Indigenous lands via settler state structures throughout the world, we strongly protest the illegal occupation of Palestinian lands and the legal structures of the Israeli state that systematically discriminate against Palestinians and other Indigenous peoples.”

In 1990, you played at a concert to celebrate Nelson Mandela’s release from South Africa’s apartheid prison system, as thousands of Palestinians, including children, languish in apartheid Israeli jails, we urge you to think about Mandela’s words: “We know too well that our freedom is incomplete without the freedom of the Palestinians.”

Mr. Young, please respect the boycott, and make it known you will not play in Israel while it is an apartheid state and an oppressed people have called for solidarity and for artists not to cross their picket line.

DPAI
We are a group, of over 1400 members, representing many nations around the globe, who believe that it is essential for musicians & other artists to heed the call of the PACBI, and join in the boycott of Israel. This is essential in order to work towards justice for the Palestinian people under occupation, and also in refugee camps and in the diaspora throughout the world.