Here’s one of the reasons why Ken’s efforts as a bona fide Palestinian solidarity activist should be disregarded. Last month on the 3rd September, Ken made claims David Duke was rehabilitated miraculously from his white supremacist alignment and has nothing to do with Stormfront anymore.

As for David Duke, yes people can and do change, and he clearly has. I have asked him about Stormfront, he has nothing to do with it any more. I base my opinion of him by what he says and what he stands for now. If people judged me for how I was 22 years ago as a US Marine then many would simply see my former self, not the person I am at the age of 43 years old. Part of our task is to forgive, put aside the minor differences and focus on the common ground. If you look at what David Duke is writing and presenting for many, many years, I think you will find it hard to find much fault with it. And what he says about Palestine is spot on for the most part. But even if you do find some faults in him, you will be lying if you do not see value in much of what he is saying. I take people this way, as a whole, not as a piece of one aspect of themselves, and certainly not as who they were 30 plus years ago. 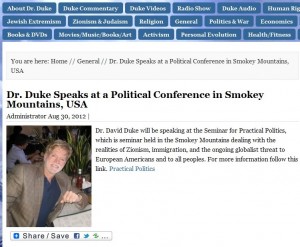 At the time Ken made his foolhardy statement, Duke was scheduled to speak and participate at a forthcoming Stormfront white supremacist international conference.

‘Former presidential candidate David Duke will lead “an informal nature walk through the Smokies” on day two of the conference, which begins Sept. 15. Duke is a former grand wizard of the Ku Klux Klan and Louisiana lawmaker. The conference is limited to 150 people, but it’s unclear how many will attend.’

On Duke’s site, to which I will not link, Duke himself states on August 30, 2012: ‘Dr. David Duke will be speaking at the Seminar for Practical Politics, which is seminar held in the Smokey Mountains dealing with the realities of Zionism, immigration, and the ongoing globalist threat to European Americans and to all peoples.‘

Credible Palestinian leaders reject racism, bigotry and conspiracy theories – these have no part to play in a principled movement for justice and human rights. Quoting from the most recent Statement against racism and bigotry, now signed by 100 leading Palestinian people:

The struggle for our inalienable rights is one opposed to all forms of racism and bigotry, including, but not limited to, anti-Semitism, Islamophobia, Zionism, and other forms of bigotry directed at anyone, and in particular people of color and indigenous peoples everywhere.

We oppose the cynical and baseless use of the term anti-Semitism as a tool for stifling criticism of Israel or opposition to Zionism, as this assumes simply because someone is Jewish, they support Zionism or the colonial and apartheid policies of the state of Israel – a false generalization.

Our struggle is anchored in universal human rights and international law in opposition to military occupation, settler-colonialism, and apartheid, something people of conscience of all ethnicities, races, and religions can support.

Finally, we call on people around the world to join us in a morally consistent stance that opposes racism and bigotry in all forms. An ethical struggle for justice and equal rights in any context entails zero tolerance for racial discrimination and racism anywhere.

By endorsing Duke and embracing him as a fellow activist, O’Keefe has besmirched these worthy, essential principles.

Ken has still failed to disendorse David Duke regardless of having been informed that his shameless endorsement is toxic to any human rights movement. Further, on the 19 October, he appeared on the Alex Jones channel, promoting conspiracist, antisemitic propaganda about the Federal Reserve and the Rothschilds.

Those who lie down with fleas, get up with fleas and espouse their views. The more they work without challenge in human rights movements, the more the fleas are spread.

Leading Palestinians in March, 2012 reaffirmed “We reaffirm that there is no room in this historic and foundational analysis of our struggle for any attacks on our Jewish allies, Jews, or Judaism; nor denying the Holocaust; nor allying in any way shape or form with any conspiracy theories, far-right, orientalist, and racist arguments, associations and entities.”

The PCRF have confirmed that it is important for “to keep our high level of respect with our community and to not risk our reputation or, more importantly, ensure access for our doctors to save the lives of sick children in Palestine with the views of people who speak at our events. We are setting policy on this and hope to prevent any issues in the future that might impact our good name or important work.”

On the 15th October, O’Keefe confirmed: ‘What I will not play anymore this game of people insinuating negative things or misrepresenting my views and otherwise taking a post into negative directions for whatever reason they wish to justify it with. I will write more about David Duke soon as this is one of the new angles those who are attempting to defame me are going. But this post is not about David Duke so those of you interested in that subject can will have to wait or write whatever you want elsewhere.‘

As of today, the 19th October, O’Keefe still has not resiled from his endorsement of David Duke.

O’Keefe on the 12/10/12 delivers an address at the Anaheim Hilton for the PCRF.

A PCRF representative has responded to me that this article will be shared today at a PCRF chapters meeting and that they are setting up a vetting committee for all PCRF speakers in the future. 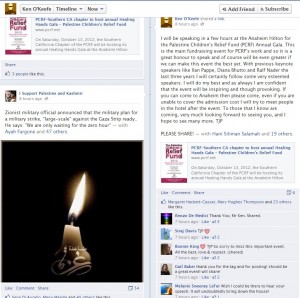 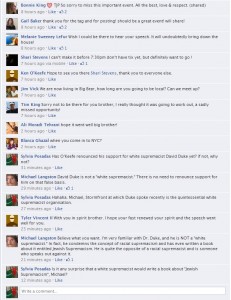 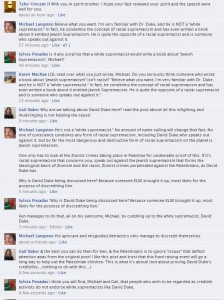 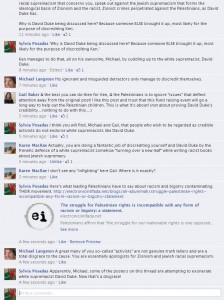 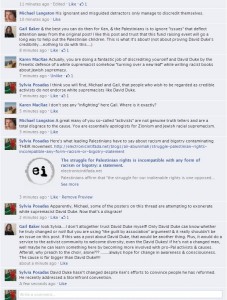 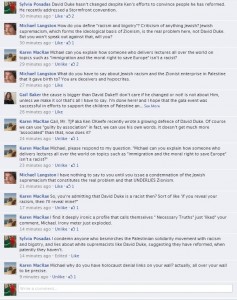 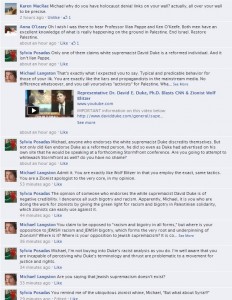 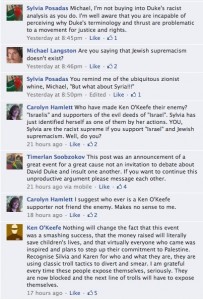 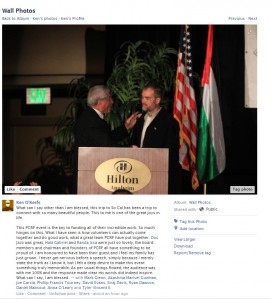 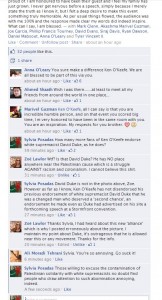 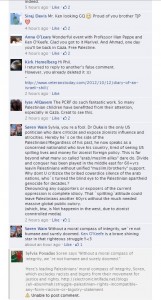 O’Keefe permitted himself to be interviewed by Duke on the 12th February, 2013:

‘Dr. David Duke interviews Ken O’keefe in Iran at the site ot the Hollywoodism Conference in Tehran, Iran. It exposes the Zio control of Hollywood which not only promotes lies about the enemies of Jewish extremism, but literally poisons the hearts and minds of hundreds of millions of people in West and all over the world. Once more it is shown that Iran is on the side of morality, love, family, and the Zionists are the side of hate, war, degeneracy, violence and blood as well as torture and genocide! Very powerful show!’

What do Breivik, CounterPunch, David Duke, Stormfront and the Jerusalem Post have in common?

‘Duke isn’t just running articles by Atzmon, he is heaping praise on the man whilst setting out a racist position that he fears Atzmon may not have fully considered. Now given that Atzmon loves a bit of praise, I am surprised that he hasn’t mentioned or responded to Duke’s letter, not publicly anyway.’