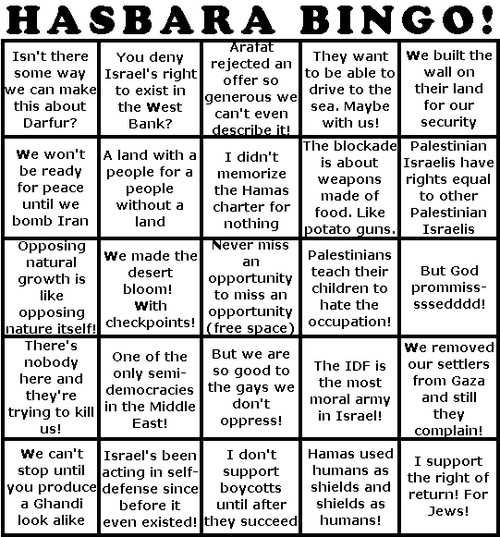 After visiting Palestine in 1897, two rabbis from Vienna reported that “The bride is beautiful, but she is married to another man”, and so Northern European zionists realised they would have to conjure up ‘plausible’ reasons to justify genociding and expelling indigenous Palestinians, acquiring their land to establish the racist ethnosupremacy of Israel. For Herzl and other early zionists, the ‘Jewish question’ could be solved with Jewish nationalism, as they held the essentialist antisemitic belief that Jews carried antisemitism wherever they went. Racism and bigotry however must be countered and nullified wherever they exist. In order to assert its legitimacy, Zionist ideology has incorporated many cognitively dissonant memes and myths, including the direct denial, in keeping with other settler colonial land-thieving projects in Australia (“terra nullius”) and the US (“the Promised Land”), that there ever was a place called Palestine, or a Palestinian people.

Political zionism is manifestly expansionist and militarist – belligerent expansionism is the zionist elite’s strategy, tactic and aim. To obscure its crimes however, Israel projects the lie in its marketing endeavours that it is pursuing ‘peace negotiations’ earnestly, whilst simultaneously sabotaging peace and precluding the formation of a viable Palestinian state by stealing as much Palestinian land and building as many illegal zionist jews-only settlements on Palestinian land as possible, using the contradictory pretext of ‘defence and security’.

Ali Abunimah described an example of this apparent cognitive dissonance recently – “Israel claims Gaza waters are “closed military zone” but that it “withdrew” from Gaza in 2005. Which is it liars?”

Israel’s deceitful posturing as a ‘peace-seeking’ nation whilst behaving in the exact opposite to sabotage peace was demonstrated well recently by Netanyahu after the successful vote to admit Palestine to UNESCO.

As it began, someone shouted Vive La Palestine (long live Palestine); when the delegates began to vote on the resolution to admit Palestine, the hall rang with loud and sustained cheers, as representatives of Austria, Russia, Brazil, India, China, South Africa and France indicated their country’s affirmative vote. The resolution was carried with 107 for, 14 against and 52 abstentions.

Reasonable people would think this is a wonderful triumph for the Palestinian quest for peace, the object of which is, after all, the establishment of an independent Palestinian state. The two-state solution is supported not only by the Quartet (US, Russia, the EU, and the UN) — the sponsors of the peace process — but also by the parties themselves — Israel and Palestine.

Yet, the Obama administration and Israeli Prime Minister Benjamin Netanyahu claimed that Palestinian membership in UN agencies undermines the peace process. They, therefore, announced punitive retaliatory measures: Washington will punish Unesco by withholding its financial contributions to it. Israel will go further by withholding its financial contribution to Unesco; and by punishing the Palestinians. Netanyahu announced that his government will accelerate the construction of new colonies in occupied East Jerusalem — a policy that has been condemned by the UN, the EU, and even by Washington itself as lacking legitimacy and undermining the peace process.

There is something wrong here. Either the Palestinians, supported by the international community, are misguided and their quest for membership in UN agencies does undermine the peace process. Or the peace process is intellectually corrupt claiming to serve the cause of peace when in fact it is perpetuating conflict.

There have been many instances in which it is possible to say that the Palestinians have pursued misguided policies. In a recent interview on Israeli television Palestinian President Mahmoud Abbas mentioned two such instances — the Palestinian refusal to accept the 1947 UN Resolution recommending the partition of Palestine and the 2000 second Palestinian intifada. The editors of Wall Street Journal, a leading supporter of the American-Israeli position on the Palestinian quest for UN membership, recently explained that the Palestinian move undermined the peace process because it alienated Israel.

This logic reverses the roles: The occupier is absolved of its obligations under international law, and the victim is burdened with the obligation not to alienate the occupier even in the face of oppression, dispossession and collective punishment. If alienating your interlocutor undermines the quest for peace, then the Palestinians — who experience daily alienation under Israeli occupation — can legitimately argue that the Israelis have destroyed the peace process.

Israel treats Palestinians and other non-Jews as second class citizens in Israel and denies any rights at all to Palestinians in the Occupied Territories. Despite the UN in 1948 requiring that its admission of Israel as a state was dependent upon Israel recognising Palestinian refugees’ right to return, Israel has still failed to fulfill its promise. Instead, this legal recognition is cast by pernicious zionist hasbara as tantamount to destroying Israel, and so, too, is the one state solution vilified.

As Martin Woollacott correctly observes in his review of Ghada Karmi’s book “Married to Another Man”, ‘The single-state argument is not the essence of the problem. The essence is a change in the nature of Zionism’. Deconstruction and dismantlement of the white supremacist ideology of zionism is essential if peace is to be achieved in the region. Until then, Israel will remain the useful tool of exploitative imperialists which British Prime Minister Campbell-Bannerman envisaged in 1907. Thus does empire employ racism as a divide and rule tactic to achieve its rapacious ends to monopolise the vast resources of the Middle East.

Supported by other settler colonial and imperial entities and regardless of the negative consequences on Israel’s legitimacy in the Middle East, Israel’s crimes against humanity and war crimes are minimised and shrugged off – for Israel, land and resource theft are of singularly paramount import and is even portrayed as of ‘benefit’ to the dispossessed. In settler colonial Australia too, the suspension of human rights under the Anti-Discrimination Act for Aboriginals in the Northern Territory for the horrific Intervention was justified on the grounds of ‘need’ and sold to the public as essential for the ‘good’ of Aboriginals, despite protest from Aboriginal groups and communities.

The zionist regime similarly fails to acknowledge the racist nature of its laws which deliver privilege to 80% of the population and discriminate deliberately through birth or religion against 20% of the population. The racist Knesset proceeds instead to pass even more such laws. Yet it can hardly be expected for racists to recognise racist laws – the disease of racism occludes perceptions which threaten its eradication. Israel obscures its apartheid ziocolonial practices through a prism of overweaning need. In fact, Israel has no intention of permitting a Palestinian state or relinquishing one metre of land it has already stolen, yet to bolster the perfidious legitimacy of its theft, pretends it is seeking to negotiate for a Palestinian state for which Palestinians must deliver ever more concessions to achieve. By this strategy, Israel and its cruel western sponsors cast the onus onto Palestinians to pursue ‘peace’ while Israel continues its oppression and illegal appropriation of more Palestinian land and resources.

The boot on the neck of the oppressed can hardly expect the oppressed to remain silent while the boot attempts to crush them. Boycott, divestment and sanctions have been called by Palestinian civil society to counter Israel’s rejection of Palestinians rights – and increasingly, people of conscience throughout the world are answering the call.

‘The Arab Spring has pushed Israel into a strategic trap from which it can extricate itself only through accommodation with the Palestinians. In the current political climate, Arab leaders, whether conservative or revolutionary, can no longer afford to be seen as complicit with Israel and the United States in the region. The Palestinian cause will now resonate louder than ever in the central squares of Cairo, Amman and Ankara.’

As women everywhere should through protest movements, not just in the Arab world : Women urged to put their stamp on Arab Spring
Muslim Brotherhood did not understand Erdogan’s message on secularism
Julie action doll! Julia Gillard makes surprise visit to Afghanistan