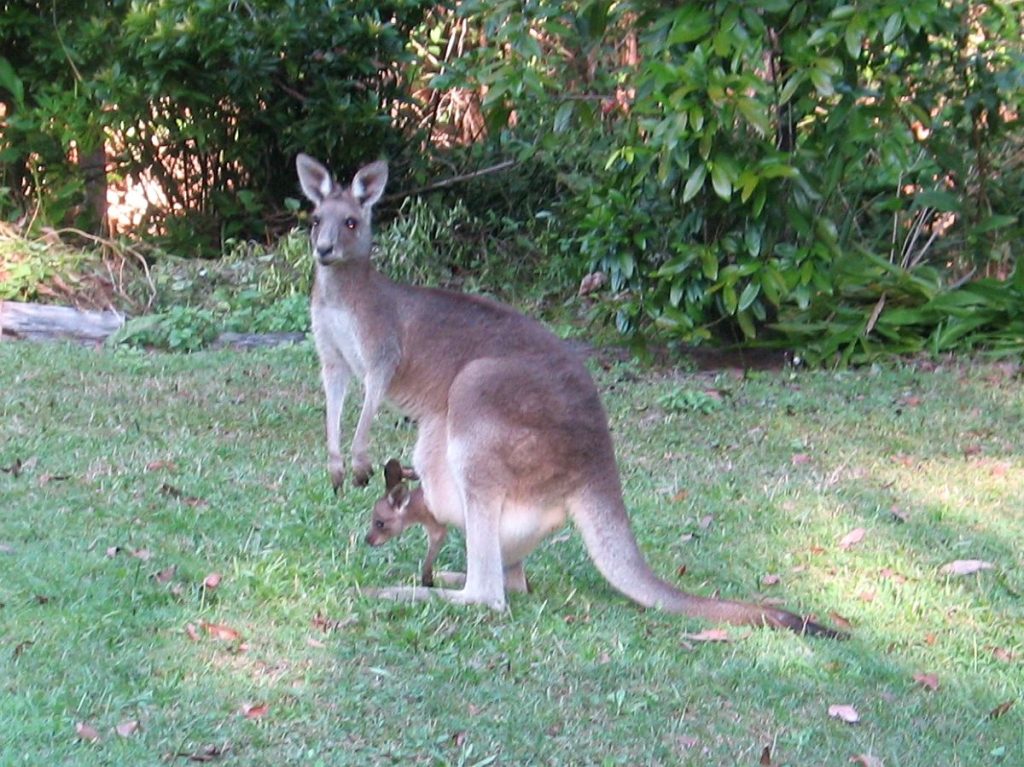 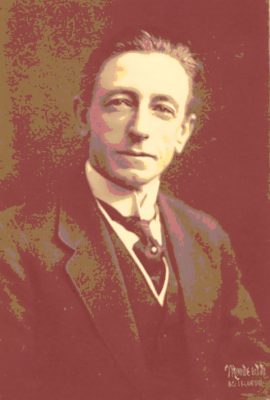 Unearthed from my library, this satirical poem by celebrated Australian poet, C.J. Dennis (aka “Den”) was published in his 1913 anthology Backblock Ballads and Other Verses – with its piercing, remarkably relevant political humour, it might stand up proudly today as a live slam performance.

A Recitation (with directions)

(With increasing interest)
Ay, all the fair and brave were there – the fair in charming hats;
The brave in pale mauve pantaloons and shiny boots, with spats.
But pride of all that gathering, a giant ‘mid the rest,
Was Mr Percy Puttipate, in fancy socks and vest.
Despite his bout of brain-fag, plainly showing in his eyes –
Contracted while inventing something new in nobby ties –
He braved the ills – the draughts and chills, damp tablecloths and mats –
Of Lady Lusher’s drawing-room: this prince of Democrats.

(Resume the breeze)
Upon a silken ottoman sat Willie Dawdlerich,
Who spoke of democratic things to Mabel Bandersnitch;
And likewise there, on couch and chair, with keen, attentive ears,
Sat many sons and daughters of our sturdy pioneers –
Seed of our noble squatter-lords – those democrats of old –
Who held of this fair land of ours as much as each can hold;
Whose motto is, and ever was, despite the traitor’s gab:
‘Australia for Australians – who’ve learned the art of grab.’

Good Mr Grabbit spoke his piece ‘mid glad ‘Heah, heahs’ and claps,
And Willie Dawdlerich declared he was the best of chaps.
Then the lady organizer, dear Miss Fibwell, rose to speak.
A fighter she, tho’ of the sex miscalled by men ‘the weak’.
And, tho’ they hailed her there and then as Queen of Democrats,
They privily agreed that she was something choice in ‘cats’.
She was, in truth, a shade passé a trifle frayed, but still,
She was an earnest Democrat who owned a sturdy will.

‘They arrogate unto themselves the sacred name of Work;
But still, Ai ask, where is the task that we’ve been known to shirk?
We’re toilahs, ev’ry one of us, altho’ they claim we’re not.’
(The toiler on the ottoman: ‘Bai jove, that’s bally rot!’)
‘Moahovah, friends, to serve theah ends, they’re straiving, maight and main,
To drag down to theah level folk who work with mind and bwain!
They claim we do not earn ouah share, but, Ai maintain we do!’
(The grafter in the fancy socks: ‘They’re beastly rottahs, too!’)

(With rising inflexion)
‘Yes, friends, they’ll drag us down and down, compelling us to live
Just laike themselves – the selfish elves, on what they choose to give!
Nay, moah, they’ll make us weah theah clothes – plain working–clothes, forsooth!
Blue dungarees in place of these …’ ‘Mai Gahd! Is this the truth?’

(With fine dramatic force)
A gurgling scream; a sick’ning thud … a flash of fancy socks –
And Percy Puttipate went down, felled like a stricken ox –
Crashed down thro’ cakes and crockery, and lay, ‘mid plate and spoon,
In Lady Lusher’s drawing-room one summer afternoon.

(With tears in the voice)
But Puttipate? … Ah, what of him – that noble Democrat,
As he lay there with glassy stare, upon the Persian mat?
What cares he now for nobby ties, and what for fancy socks,
As he lies prone, with cake and cream smeared on his sunny locks?

(With appropriate mournfulness)
Good Mr Grabbit took his head, O’Sweatem seized his feet,
They bore him to an ambulance that waited in the street.
Poor Mabel Bandersnitch sobbed loud on Dawdlerich’s vest;
And lo, a pall of woe fell over all – Miss Fibwell and the rest.
A settled gloom o’erspread the room, as shades of ev’ning fell,
And, one by one, they left the place till none was left to tell
The tale of that dire tragedy that wrecked the summer calm –
Except the apathetic grubs, who went on chewing palm.

(Suggestive pause, then with fresh interest)
There still be men – low common men – who sneer at Toorak’s ways,
And e’en upon poor Puttipate bestow but grudging praise.
But when you hear the vulgar sneer of some low Labor bore

(With fine dramatic intensity)
Point to that pallid patriot who weltered in his gore!
Point to that daring Democrat, who, with a gurgling scream
And flashing socks, dropped like an ox into the clotted cream!
Point to that hero stricken down for our great Party’s sake,
His sunny locks, his fiery socks mixed up with fancy cake.

(With bitter contempt)
Then lash with scorn the carping wretch who sullies his fair fame,
Who, moved by fear, attempts to smear the lustre of that name.
Great Puttipate! The Democrat! Who perished, all too soon,
In Lady Lusher’s drawing-room, one summer afternoon. 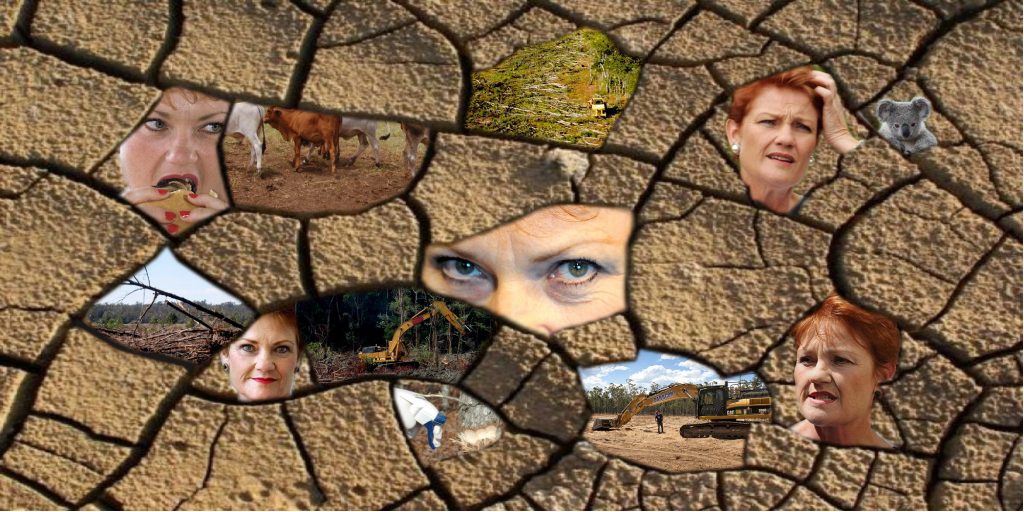 The US loves Nutanyahoo more than you,
an extra-special relationship despite all you do,
so you’ll have to settle for second-best Merkel
and throwing your detractors into prison hell. 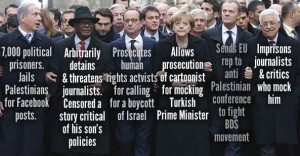 Ludicrously, Germany retains an archaic law criminalising insults against foreign leaders which has enabled the litigious Erdogan to prosecute a German comedian who devised a satirical poem to test the limit of the German law. Eager to placate Turkey in order that it assist staunching the flow of refugees into Germany, Merkel has invoked this farcical anti-democratic law.

Whilst the poem may be very insulting indeed, political leaders getting their knickers in a knot over insults to the extent of imprisoning and prosecuting their lampooners is both sinister and side-splitting. Copping insults on the chin is obligatory for politicians who don’t wish to become global laughing stocks.

‘Among other things, the poem said Erdogan kicks Kurds, smacks Christians, all while watching child pornography. That’s one of the few lines we can repeat on NPR. It also imagines the Turkish president committing acts of bestiality.’

‘Chancellor Angela Merkel on Friday authorised a Turkish demand for a German TV comedian to be prosecuted over a crude satirical poem about President Recep Tayyip Erdogan in a bitter row over free speech.’

‘Since becoming President in August 2014, Mr Erdogan has filed 1,845 court cases against individuals for insulting him.’

So sue me, Turdogan,
I’ll donate scatological verbosity
and poke fun at your litigious pomposity!

My principles are lofty,
my politics so cool,
and if you dare to disagree,
I’ll push you in the pool.

I follow only brightest bulbs
who shine the truth for me,
and if you don’t embrace them too,
I’ll string you up a tree.

Ch:
Black and white,
left and right,
walk in bourgeois footsteps
or vanish in the night.

You insignificant naive prawn,
you’re at my beck and call
and if you don’t worship me
I’ll eat you, tail and all.

There’s only one way to look at this
despise me if you must,
and if you fail to follow me
I’ll throw you under the bus.