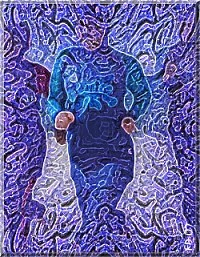 Since the creation of Islam and until the feminist victories of the 20th century in western society, Islamic women enjoyed more expansive personal privileges than their Christian sisters. Not only were they able to seek divorce, they could inherit property, albeit a lesser proportion than their brothers, and pursue professions. Restrictive Shariah law and culture-specific traditions, invented and administered by males for the primary benefit of males, were a later addition to the teachings of the Koran. In parallel with cultural mores and interference with women’s rights and bodies entrenched in some Christian sects, well illustrated for example by those engendered by the male-dominated Catholic Church, these arbitrary additions have hindered the ability of many Muslim women to achieve their full and desired potentials within the framework of their faith.

“Islam is not a patriarchal religion, and we cannot accept that patriarchy continues to govern social relations in the framework of Islam.”

The Conclusions of the Second International Conference of Islamic Feminism held in November 06 in Spain defined areas where positive change within patriarchal Islamic cultures can be initiated for the benefit of women:

“We denounce the discriminatory family laws that are enforced in many countries with a Muslim majority.

We voice our commitment to continue the gender jihad for the recovery of the equalitarian message of Islam, the freedom of interpretation and conscience.

Islamic Feminism is an integral part of the Global Feminist Movement. We denounce all forms of violence against women that are justified in the name of Islam, such as honor crimes, domestic violence, mutilation of female genitalia, stoning and other forms of corporal punishment.

We call for the participation of women in all areas of society. Therefore, we are against all those cultural practices which are not truly Islamic and which inhibit this participation.

Whilst we do not adher to any religious faith, we support all women in their peaceful quest for enlightenment and equality of opportunity and express our solidarity with feminists of all nations and creeds against that most oppressive and pervasive phenomenon affecting women – rightwing fundamentalism.

Fundamentalist movements are political movements with religious, ethnic, and/or nationalist imperatives. They construct a single version of a collective identity as the only true, authentic and valid one, and use it to impose their power and authority. They usually claim to be the representatives of authentic tradition, and they speak against the corrupting influence of modernity and â€˜the Westâ€™. However, fundamentalists are far from pre-modern. To promote their project, they use all modern technological means available, from the media to weaponry. Furthermore, the vision they conjure up is a constructed and selective vision, rather than a revival of something in the past. Since 2000 the popular appeal of fundamentalisms has been growing across the world and different communities.